Outgoing McDonald’s (NYSE: MCD) CEO Steve Easterbrook may have paid the ultimate price for an office romance, but he has already won the hearts of investors.

During his four year stint at the fast-food chain, McDonald’s stock has nearly doubled in price. Easterbrook was appointed on March 1st, 2015. Then, the stock had opened the month at $98.92. Currently, McDonald’s stock is at $193.94, an increase of 96.6% in a period of a little over 55 months.

Easterbrook, who is exiting the company for engaging in a ‘consensual relationship with an employee’ against McDonald’s fraternization policy, also presided at a time when the company’s stock reached its all-time highs. In August the stock hit $221.93. This was an increase of about 125% from the stock’s opening price in March 2015.

Easterbrook wrote in an email to employees:

As for my departure, I engaged in a recent consensual relationship with an employee, which violated McDonald’s policy. This was a mistake.

The stock growth under Easterbrook came as McDonald’s revamped menus and capital investments boosted sales. For instance, in 2016 the fast food chain introduced all-day breakfast across the United States. Under Easterbrook, McDonald’s also switched to using fresh beef patties in its quarter-pound burgers in a bid to compete with rivals such as Wendy’s. In June the fast-food chain reported that sales of the fresh-beef quarter pounder had increased by 30% since the rollout.

Under his leadership, McDonald’s has also increased investments in technological upgrades to enhance service delivery.

In a letter announcing his departure, Easterbrook noted that under his leadership the fast-food chain had ‘achieved 17 consecutive quarters of growth’.

Not everything has been smooth at McDonald’s during Easterbrook’s reign though. The fast-food chain has been under pressure to become more employee-friendly for instance. This has included raising the minimum wage and putting in place measures to protect employees from sexual harassment. 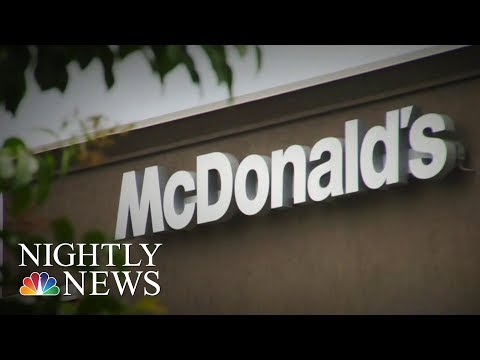 Even as he departs, Kempczinski has ruled out a radical change in strategy. Speaking to the Wall Street Journal, Kempczinski said there’s no need to veer away from Easterbrook’s technology-focused vision, including offering a drone burger-delivery service:

“There isn’t going to be some radical, strategic shift. The plan is working.”