Puffing on Juul pods is just as effective for reducing specific tobacco-related biomarkers as complete abstinence from smoking. That’s the conclusion from landmark study data released Saturday during the U.S. Society for Research on Nicotine & Tobacco 2019 Annual Meeting.

The small clinical study is the first to be undertaken by Juul Labs, maker of the popular nicotine vaporizer devices. The former Silicon Valley startup has three other studies currently ongoing and hopes to compile enough positive data to convince the FDA to approve Juul by a 2022 deadline.

juul's revenues took a hit (heh) late last year with decision to restrict pod sales in some flavors. but company expects $3.4 billion in revenue in 2019 (!) https://t.co/gWqryXd0Zw — from @OliviaZaleski and me

Juul Labs has argued that Juul is safer than cigarettes and an effective smoking cessation aid. The latter was demonstrated in a New England Journal of Medicine study published last month. In it, vaporizers were shown to be nearly twice as effective for quitting smoking as aids like nicotine gums and patches.

Now, Juul Labs appears to have taken the first step towards proving their safety compared to cigarettes as well, releasing data that shows a massive decrease in several cancer-related biomarkers within days of switching from cigarettes to Juul.

The study was sponsored by Juul Labs but conducted by third-party research lab Celerion Inc.

The study’s sample size is small and several health concerns remain to be answered about the flavored nicotine pods, which are wildly popular among teens. But it’s a necessary start in the company’s quest to bring regulators to its side.

What the Juul Study Data Shows

The study of 90 adult cigarette smokers looked for changes compared to baseline in nine specific short-term, cancer-related biomarkers which are a byproduct of smoking combustible cigarettes.

The study participants were split into six different randomized groups of 15 for the five-day inpatient trial. The members of four of those groups were switched from cigarettes to one of four different Juul flavors at 5% nicotine strength. Of the remaining two groups, one got to keep smoking their cigarettes, while the other got nothing at all, being forced to go cold turkey.

The resulting data was conclusive. There was an 85% reduction from baseline in the nine selected biomarkers among the abstinence group and the combined Juul groups. Those biomarkers instead shot up by 14% among the cigarette smokers.

“The equivalent reductions in these specific cigarette-related biomarkers across the groups who abstained from smoking and those who used JUUL products reaffirms the role vapor products can have for the adult smoker,” said Juul Labs CEO Kevin Burns in a press release.

While the results are good, they were also not entirely unexpected. The biomarkers that were studied are all tobacco-related, a substance which Juul does not contain. Nonetheless, there is now a small sample of clinical data proving Juul’s ability to significantly reduce cancer-causing biomarkers in former cigarette smokers.

How Are Tobacco Stocks Reacting to Juul’s Study Results?

Tobacco stocks were driven higher by pricing tailwinds at the end of last week, but that momentum has stalled this week. Altria Group (MO), which is a 35% partial owner of Juul Labs, is faring the best, gaining 0.85%. Rival Philip Morris (PM) is down by 0.2%, while British American Tobacco (BTI) is 0.23% lower.

For now, investors don’t appear to be overly swayed by the study results, though Altria does appear to be gaining some momentum from them. Having positive clinical data to cite will certainly bolster Juul Labs’ marketing efforts and legitimacy as a cessation aid. That, in turn, could convince more people to make the switch from cigarette smoking to vaping.

However, it will take more than that for the FDA and doctors to recommend the devices to smokers, which would be the real concern for tobacco investors. Given their effectiveness as aids, tobacco companies want as few Juuls finding their way into smokers’ hands as possible.

Why Regulators Are Concerned About Teen Vaping

Juul Labs’ small study does not address the most prominent concerns that regulators have about vaping. While vaporizers have proven even more effective than approved cessation aids in getting people to give up cigarettes, they are also far more unhealthy than those options.

Previous studies have shown that potentially unsafe levels of toxic metals and other harmful substances like arsenic and manganese can become trapped within e-cigarettes’ aerosol particles. The heating coils that cook the flavored liquid cartridges are to blame for the increased presence of toxic metals like lead, chromium and nickel.

“[…] these heating coils, as currently made, seem to be leaking toxic metals—which then get into the aerosols that vapers inhale,” said assistant scientist Ana María Rule of the Bloomberg School’s Department of Environmental Health and Engineering.

Long-term inhalation of toxic metals leads to a greater risk of developing debilitating health effects in the lungs, liver, brain, and cardiovascular systems. Nicotine itself has also been linked to several major health concerns and is highly addictive.

So while vaping may very well be safer than smoking cigarettes, that in and of itself isn’t much of an accomplishment. It’s not even relevant at all in some cases, as not everyone who picks up vaping does so to quit smoking. Many begin with vaping, including people who may never have smoked. And that has clearly been the case among teens.

Why Vaping is so Popular Among Teens 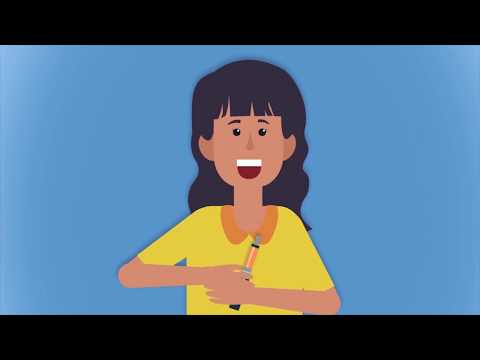 Teen vaping use has become an “epidemic” according to the Surgeon General, who specifically cited Juul in a report last year. There was a 900% increase in teen e-cigarette use between 2011 and 2015 before two years of declines. The growing popularity of Juul led to a resurgence of use in 2018, however. In just a single year, vaping among high school students jumped by 78% to account for over 20% of all students.

Vaporizers like Juul are especially popular among teens for their compact size and cachet as a tech status symbol. They can be recharged in less than an hour, and in the case of Juul, the cartridge packs come in a variety of flavors that can be particularly enticing to younger users. Some of those flavored brands have been shown to contain more harmful chemicals than standard packs.

A study released last week by UNC at Chapel Hill concluded that appealing flavors are encouraging kids to take up vaping. It suggested banning all e-cigarette flavors.

“Our intent was never to have youth use Juul products. But intent is not enough, the numbers are what matter, and the numbers tell us underage use of e-cigarette products is a problem. We must solve it,” CEO Burns said at the time of the announcement.

In the meantime, Juul Labs has taken a step towards legitimization as a smoking cessation aid for adults. More steps are yet needed though.

Has covered the investing world for Insider Monkey since 2014, focusing on hedge fund research, insider trading, and stock analysis. Joined CCN in 2019 to cover the markets. Has been known to love a bad pun.

September 24, 2020 No Comments
← Previous‘Magically Ridiculous’ Lucky Charms Beer Gets Tepid Social Media Reception
Next →Elon Musk Should be Forced Out as CEO of Tesla: Jim Cramer

Who is the Biggest Winner Out of the Vaping Ban and JUUL Debacle?