By CCN.com: Tron Founder Justin Sun rocked Wall Street when he made the winning bid for the coveted lunch with billionaire investor Warren Buffett. In one fell swoop, he was able not only to capture the attention of bitcoin-hater Buffett but also CNBC’s Becky Quick, who until now has echoed the sentiment of her golden goose guest.

Now Sun is in the driver’s seat, and he has plenty to say about why he made the famous $4.57 million bid, which was too rich for the blood of other auction bidders. Sun was interviewed by Quick on CNBC’s Squawk Box, where he explained his three-pronged strategy for doling out millions for an audience with Buffett, the latter of which was:

That’s a tall order over a three-hour lunch considering the Berkshire Hathaway CEO has spewed nothing but vile rhetoric about bitcoin and the crypto space. Buffett will be outnumbered, as Sun expressed a desire to bring seven blockchain leaders with him to the steak lunch. They plan to “communicate with Warren Buffett about blockchain technology and the opportunity behind it.” Buffett is infamous in the blockchain ecosystem for calling bitcoin “rat poison squared,” but if you ask Justin Sun, it’s not the billionaire’s fault.

“I’m thinking Warren Buffett just doesn’t have the right source for the blockchain industry news and he is misled by the media most of the time. So that’s why we want to have lunch with him, communicate with him – in these 10 years, since 2009, how much progress we have made.”

Pardon us but this contributor begs to differ on that one. Buffett has chosen to disparage bitcoin and the industry because he doesn’t understand it and he feels threatened by it. To flippantly blame the media as a whole is irresponsible. Nonetheless, Sun doesn’t expect to change Warren Buffett’s mind on bitcoin in three hours.

“But definitely we will offer him a different opinion on bitcoin and blockchain technology.”

Warren Buffett may not know it yet, but apparently, he’s been the wind beneath Justin Sun’s wings. In fact, the first rung on the ladder of the Tron founder’s strategy reflects this:

Tron’s TRX token is hardly a value investment, boasting a market cap of $2.3 billion and having seen its value balloon by nearly 80% year-to-date. TRX has taken a hit, however, in the last 24 hours, having shed nearly 6%. BitTorrent (BTT), of which Sun is the CEO, is off a sharper 9% today. Year-to-date, BTT is up an eye-popping triple-digit percentage. Incidentally, the cryptocurrencies under Sun’s leadership happen to fit the bill more as growth investments, not value.

Speaking of BitTorrent, that is the other motivation behind Sun’s multi-million dollar lunch bid. He is a fan of the San Francisco-based GLIDE Foundation, which is dedicated to helping the “poor, homeless, and those battling substance abuse.” Similar to GLIDE, Tron and San Francisco-based BitTorrent are “focused on the local community.” 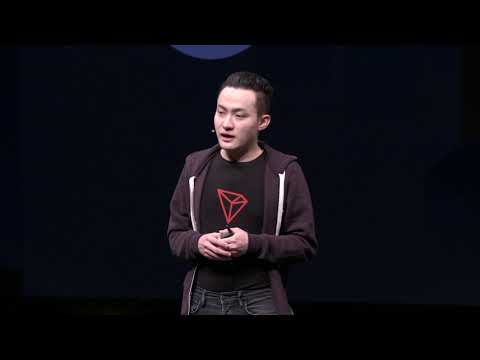 Justin Sun is showing a completely different side of himself since winning the bidding war. He plans to invite arch-rival Vitalik Buterin, who is the co-founder of competing blockchain Ethereum, as well as Litecoin Founder Charlie Lee. It will clearly take more than a three-hour lunch to persuade Buffett that bitcoin isn’t evil. But if anyone in the crypto space has the moxie to do it, it’s Justin Sun.