By CCN.com: Just when you think Hollywood folks will come to terms with the fact they aren’t exactly beacons of intelligence, another has-been jumps up and takes the baton. The latest runner is actor Jeff Daniels, whose unhinged rant about President Trump saw him skip Dumb and head straight to Dumber.

In a spiel that appealed primarily to those whose hatred of fellow human beings outweighs their critical thinking skills, Daniels opined that Trump’s reelection would spell the “end of democracy.” 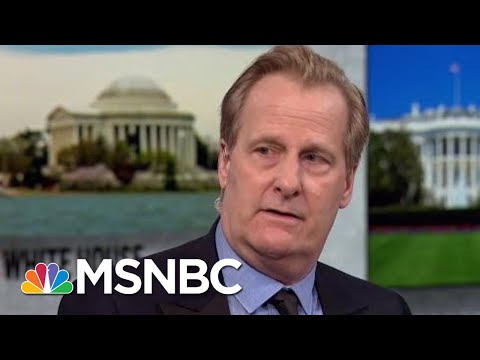 He’s doing this under the guise of promoting the theatrical adaptation of “To Kill A Mockingbird.” He plays Atticus Finch, the white attorney who defended a black man accused of raping a white woman in 1930s Alabama.

Decades prior (and again in 2014) Daniels played the fool in “Dumb and Dumber,” alongside Jim Carrey. Both actors seem to have slipped back into these titular roles in the two years since Trump took his oath of office.

Daniels, in turn, used a cherished literary classic as a platform to stoke political and racial divisions. His absurdity in prancing around on liberal TV shows for self-promotion would be laughable had he not shredded a literary masterpiece in the process.

Instead of promoting the classic for addressing vital moral issues, Daniels used it to attack based on his own ignorance, bigotry, hate, and lack of morals.

He called Atticus Finch an apologist and an enabler. That’s quite a take from the novel in which Finch has been called a hero by generations of people who read it.

A climax in the novel is when a mob hell-bent on killing the accused rapist, Tom Robinson, nearly stormed the jail where he was being held.

“That’s what I see at Trump’s rallies, the lies spewing at these people, and people going, ‘I’ve got to believe in something. He said he’d bring my manufacturing job back, she didn’t, and I’m all in.’”

Either Daniels didn’t read the novel, or he knows his applauders haven’t

‘Dumb and Dumber’ Stars Will Still Be Crying in 2020

Just when I thought you couldn't possibly be any dumber, you go and say something like this….
AND TOTALLY REDEEMED YOURSELF! You and @JimCarrey should do 1 more movie.
Dumber and even more Dumber.
You can decide who's who.#Trump2020 pic.twitter.com/wcYBApZj2Z

In the classic racecard play, Daniels pounced on Republicans, likening them to the KKK. Only a pure fool would make such a connection, given that a sitting Democratic governor got off scot-free after prancing around in blackface!

But for Daniels and his ilk, the only racists are in the Republican Party. He railed:

“This is about the Republican Party—or a wing of it.”

Was he taking a page from Hillary Clinton’s “deplorables” book?

He goes on to say Republicans saw Trump’s election as their last chance to save the party. Atop his soapbox, he mocked and mimicked Republicans:

“This is our last chance to save the party. And if we don’t, it’s the end of the Republican Party. And he did, and they did. That was the only card they had left to play and they played it, and they aren’t going to go quietly.”

The race card is all Democrats have left. They are obsessed with fearmongering, constantly saying “them, they, and the white man bad.” They amplify this foolishness by pretending that the Democratic party is a minority voter messiah.

Ha! Daniels and his Trump-deranged colleagues are the reasons Hollywood liberals will be crying again come November 3, 2020.