Legislative elections were held in the Indian capital of Delhi on Feb. 8, and it looks like Prime Minister Narendra Modi’s right-wing nationalist Bhartiya Janata Party (BJP) is in for a crushing defeat. PM Modi and his army of ministers and BJP politicians ran an aggressive campaign in the run-up to the 2020 Delhi legislative elections to dislodge two-time chief minister Arvind Kejriwal.

But trends show that the BJP is in for a crushing defeat. According to the latest trends, the Kejriwal-led Aam Aadmi Party (which translates into Common Man’s Party) has won 36 seats and is leading on another 26 seats in the Delhi elections. The BJP has won just three and is leading on only five seats. A party needs 36 seats to form a majority government, and the AAP is well ahead of that mark as it is on track to score 62 seats.

The BJP adopted a vitriolic approach in the campaigning phase for the Delhi elections. Led by PM Narendra Modi and home minister Amit Shah, the party decided to focus on national issues instead of local problems.

The Bharatiya Janata Party had targetted the Aam Aadmi Party over the anti-CAA-NRC protests in Shaheen Bagh in the run up to the Assembly elections. https://t.co/hwWfbh9ZJL

The BJP and its members decided they would be better off indulging in sectarian politics instead of fighting on the plank of development. India has witnessed a lot of turmoil in recent months after the government passed the contentious Citizenship Amendment Act. India has seen widespread protests against the Act that’s considered to be against the basis of the country’s constitution as it differentiates between immigrants on the basis of religion.

The National Register of Citizens (NRC) is another contentious issue that has sparked protests against the BJP government all across the country. This exercise aims to deport illegal immigrants from India, but it requires citizens to produce papers going nearly 50 years back.

Moreover, people have been questioning the government’s intent as a combination of NRC and the CAA is seen as going against the Muslim community. That’s because the CAA will provide citizenship to persecuted religious minorities from some of India’s neighboring nations, but not those belonging to the Muslim community.

The PM Modi-led BJP government went into the Delhi elections based on its implementation of the CAA. Their pitch involved attracting voters in the name of nationalism and making India a safer place by throwing out illegal immigrants. In doing so, PM Modi’s party didn’t focus much on local issues of governance such as education, electricity, and transport. This is where they seem to have lost the plot.

Incumbent Delhi chief minister Arvind Kejriwal went asking for votes into the latest elections on the basis of the work his government has done over the past five years. Kejriwal’s AAP advertised the improvements in Delhi’s education and healthcare infrastructure.

He even went to state on record that people should vote for his party only if they think that his government has worked in the past five years, as seen in the video below. 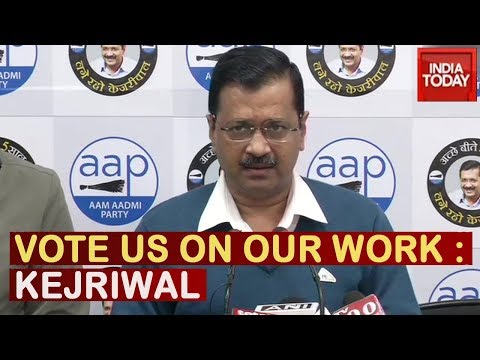 The results suggest that Kejriwal’s development-focused agenda has won over the people of Delhi who have rejected PM Modi-led BJP’s flagrant campaign that saw one of its ministers encouraging people to shoot the traitors of the country.

This resulted in two incidents where shooters who were allegedly affiliated to the right-wing BJP opened fire on protesters. What’s more, the BJP deployed more than 240 lawmakers and several chief ministers of other states to campaign for the Delhi elections. But this hasn’t led to meaningful gains for the right-wing party over the 2015 elections when it won 3 seats.

At a time when India is reeling under severe economic stress, focusing on factors such as unemployment may have worked in PM Modi and the BJP’s favor. But the central government has carried on with its right-wing agenda under the stewardship of the PM and home minister Amit Shah, and this has backfired spectacularly as the results of the Delhi elections show us.