The FTC will investigate Facebook to determine if it engages in unlawful competition, and the DOJ is launching an inquiry into search-engine monopoly Google. | Source: (i) REUTERS/Dado Ruvic/Illustration/File Photo (ii) Shutterstock; Edited by CCN.com

By CCN.com: The Trump administration’s trifecta of antitrust investigations of Silicon Valley tech giants triggered a mass selloff of FANG stocks on Monday. Notably, Facebook stock got hammered amid revelations that the Federal Trade Commission launched an antitrust probe to determine if it engages in monopolistic practices.

Similarly, Facebook’s FANG cohorts — Google and Apple — got crushed after news broke that the DOJ is also preparing antitrust investigations of them, CNBC reported. Shares of Alphabet (the parent company of Google) plunged 6.1%, while Apple fell a modest 1.1%.

However, the biggest loser among the FANG giants was Facebook, whose stock price plummeted 7.5% on usually heavy trading volume. The huge spike in volume signals that the selloff is decisive.

Facebook lost more than $40 billion from its market cap, which now hovers at about $468 billion.

Facebook’s stock got crushed amid reports that the DOJ launched an antitrust investigation of the social media monopoly. | Source: Yahoo Finance

At this point, the other two FANG mega-caps — Netflix and Amazon — are not in the Justice Department’s crosshairs. However, their stocks also plunged amid the tech sector meltdown.

Here’s an overview of the pending antitrust investigations into these Silicon Valley heavyweights:

The antitrust crackdown comes after months of complaints from both liberals and conservatives about the need to regulate tech cartels like Facebook and Alphabet’s Google. Their monster market shares in their respective arenas underscore that they are indeed monopolies.

Facebook is the No. 1 social media network in the world, boasting more than 2 billion global users. That’s more than the population of many sovereign nations.

Similarly, Google is the premier search engine in the world. Like a monopoly, it has no real competition. But it’s not just Facebook and Google’s vast size that is troubling regulators.

It’s also the fact that they wield undue influence over the public forum governing which ideas get promoted. For example, Google has repeatedly been accused of suppressing and censoring conservative viewpoints, Reuters reported.

During the 2016 U.S. presidential campaign, Google was accused of manipulating search results to favor Democrat Hillary Clinton. Moreover, research from Harvard University found that Google’s search rankings are not objective.

And in 2017, the European Union fined Google a record-breaking $2.7 billion after finding that it manipulated internet search results. 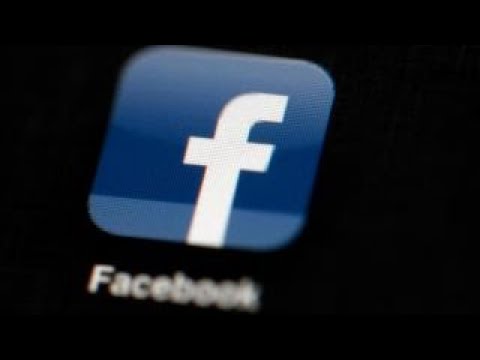 Similarly, Facebook has come under fire after being caught deleting posts from conservative media and right-leaning personalities. Investors also torched the tech juggernaut for its barrage of data-breach scandals, which they say has eroded public trust in the social network.

In an April 2019 SEC filing, Facebook shareholders demanded that CEO Mark Zuckerberg step down as chairman, saying he runs the company “essentially as a dictatorship.”

Facebook basically confirmed that it does indeed operate like a “dictatorship” when it rejected that shareholder proposal, along with seven others.

Furthermore, the activist shareholders noted that public trust in Facebook has tumbled as a result of the company’s privacy lapses. Accordingly, the board asked for Facebook to compile a “Content Governance Report” detailing what steps it’s taking to prevent future data breaches.

The board once again rejected the proposal. It insisted that Facebook is transparent about its content policies and therefore, doesn’t need to justify them any further to its shareholders.