Facebook founding president Sean Parker wants you to know that Amazon’s Alexa-enabled Echo devices are listening to every word you say and may be filing away your private conversations for future use. 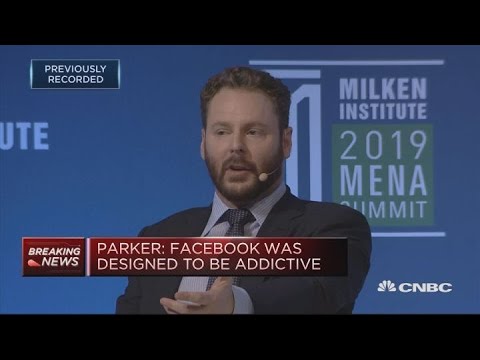 Parker, who also founded the now-shuttered Napster, revved up the conversation about how personal assistant devices like Amazon’s Echo and Google’s Home devices are spying on you. They’re doing this without you saying trigger phrases like “Hey Alexa” or “Hey Google.”

Parker commented on privacy issues and these personal assistant devices on Wednesday morning while speaking at the Milken Institute MENA Summit.

Although the company he helped launch, Facebook, has been mired in controversy because of its lackadaisical approach to privacy issues, Parker laid its scandals at the feet of users.

“On the privacy front, you’re opting in. You choose to disclose your private information.”

Parker did not mince any words, however, in going after Amazon specifically, saying bluntly that he worried more about companies like the retail giant.

“Amazon’s Alexa is listening to everything you say, literally everything you say. You don’t have to say ‘Hey Alexa.’ The microphone is on and it’s recording. If you need any evidence of this, just look at all the subpoenas Amazon is receiving from law enforcement agencies.”

Parker spoke about an incident in which a married couple got into a screaming match in front of their Alexa-enabled Echo, and the cops ended up being called out.

There was a similar reported incident in which a woman in Portland, Ore. said that her Echo recorded a conversation. Alexa didn’t just record the conversation, however. It also sent the recording to one of her acquaintances in Seattle, Wash.

In a convoluted response to the incident, Amazon said an “unlikely” string of events prompted its Echo personal assistant device to record and send the conversation.

“If you are having a conversation in front of an Alexa-enabled device, Amazon is not guaranteeing you any privacy. Your conversation is being recorded.”

The Portland incident occurred around the time the ACLU sounded the alarm on Amazon’s facial recognition efforts.

Parker also raised red flags about Amazon’s cloud storage unit, Amazon Web Services (AWS). There is no proof that Amazon’s AWS has been used to put someone in jail or prison because of a recorded conversation stored in it.

No matter, says Parker. Given its vastness, there remains the possibility.

“Amazon owns AWS, so they have more cloud storage than anybody in the world. There’s no limit to how much of what you believe are private conversations are being stored, and the potential that it will be used against you in a court of law or for other purposes.”

Good Luck With That Self-Policing Idea

For his part, Facebook CEO Mark Zuckerberg recently tried to set the record straight over privacy concerns, as far as selling users’ information. The findings from the Cambridge Analytica debacle could bring record fines, CCN.com reported.

The U.S. Federal Trade Commission is considering fining the social media giant as much as $1 billion.

Zuckerberg claimed Facebook would beef up internal policies to protect users’ data, too.

Such self-policing ideas sound great, but do they work? Parker doesn’t think so.

“It’s ultimately against these companies own financial interests to police themselves. Although you do have to wonder why Amazon, for instance, would try to extract the incremental benefit of listening to everything you say. That feels like just a bad [business] decision because once the public realizes that’s happening, they probably won’t buy Alexa devices.

Others agree. Opinion site Vox noted that due to the desire to please shareholders, these companies’ corporate boards prioritize maximizing profits and returns to shareholders above all else. It’s not reasonable to expect Facebook and Twitter to make moves that might affect their businesses negatively, the publication argued.

While Amazon has not responded to Parker’s warnings, it has addressed the issue in the past: 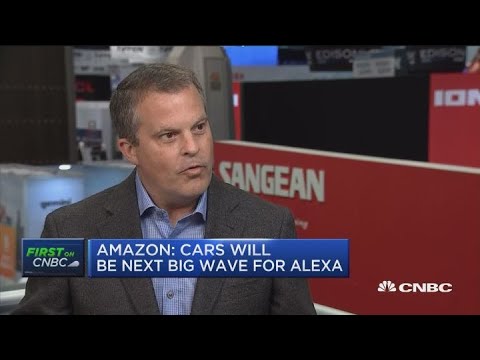