By CCN.com: The crypto community hasn’t scared Mark Zuckerberg away from his cryptocurrency ambitions, at least not yet. New details have emerged in a Wall Street Journal report indicating that Mark Zuckerberg’s company is actively looking to ink deals to back its cryptocurrency payments ecosystem. Facebook is reportedly in discussions with “dozens of financial firms and online merchants” to support the unveiling of its blockchain-based payments network. Facebook is looking to lasso $1 billion for its new cryptocurrency and has been in talks with some major players.

We already knew that Facebook was courting venture capitalists, thanks to Nathaniel Popper of The New York Times. Now the Journal is showing more of Facebook’s hand, saying the crypto initiative has been codenamed “Project Libra.” They also say discussions have been expanded to include leaders in the payments space including Visa and Mastercard in addition to First Data, all of which could potentially emerge as backers to project.

In addition, Facebook is in talks with e-commerce companies, which sheds some more light on how the company plans to use its new cryptocurrency. Facebook’s motivation for approaching online merchants is two-pronged – to invest in the crypto payment platform and join the network as a partner. This suggests that Facebook’s cryptocurrency wouldn’t be limited to only the company’s apps such as Whatsapp. Instead, these e-commerce partners would support Facebook’s stable cryptocurrency for payments, giving users the ability to transact between apps, which would be revolutionary for a mainstream platform. Facebook could motivate merchants by waiving transaction fees for crypto-fueled purchases.

Facebook boasts more than 1 billion users, and getting crypto into their hands could open the floodgates to cryptocurrency adoption, even though it’s Facebook. By way of comparison, the cryptocurrency ecosystem is currently comprised of 100 million users, as per Blockchain Capital. Social media platforms have the potential to change the “millions” to “billions” for crypto.

Facebook is looking to incentivize users of its cryptocurrency. For instance, they would reward users with fractions of the crypto – kind of like a Satoshi – for viewing ads and engaging with content. Sounds a lot like what Brave is doing with Basic Attention Token.

Facebook’s privacy scandals are no secret, and that’s the elephant in the room for the crypto community. Mark Zuckerberg has yet to regain the trust of his users, let alone crypto land. He proved recently that he’s still out of touch with his users. Zuckerberg made a privacy-related joke at Facebook’s recent developer conference. Yet he’s got ambitious plans for the payments platform as he seeks to compete with the likes of Amazon. 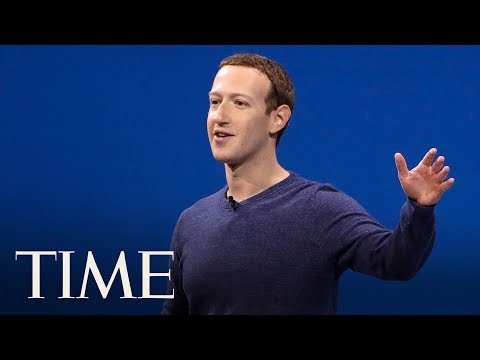