Another week, and another black eye – two to be exact this time – for Facebook. The latest reveal includes privacy and workplace environments.

The company is dealing with fallouts from two fronts. The first relates to a scathing report by The Verge. It details the work environment the company’s content moderators claim has forced them to do all kinds of inappropriate things, including having sex in office stairwells.

On a more horrid front,  if you could imagine what could be worse than that, Facebook is under fire after health and fitness apps are reportedly scrambling to stop sending sensitive personal information such as people’s weight.

As The Verge news went viral, Facebook was already dealing with the loss of several popular health and fitness apps. Following a report from The Wall Street Journal, they were scrambling to stop sending sensitive personal information to the social media platform.

Transmitted info included that about their users’ weight and menstrual cycles.

Since Friday, at least four of the apps that the Journal had identified and contacted as part of its reporting issued updates to cut off transmission of sensitive data. The apps that are making changes include Flo Health Inc.’s Flo Period & Ovulation Tracker and Azumio Inc.’s Instant Heart Rate: HR Monitor, according to reports. 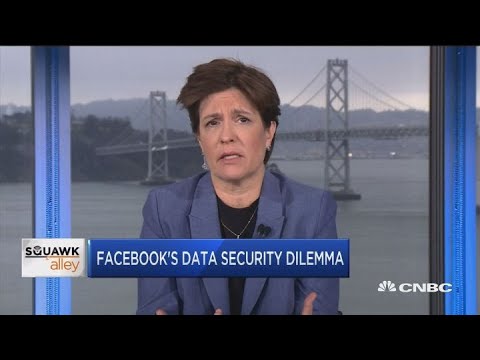 This is another example of Facebook falling short in using common sense about what should and shouldn’t be shared.

Houston, We Have A Problem

That issue pales in comparison to The Verge’s report. The Verge interviewed a dozen former, and current contractors who shared hair raising stories about their work at Cognizant. The firm was hired by Facebook to help it scale its investment in safety and security.

The Verge was told by the moderators that their work conditions provided for conspiracy videos and memes to thrive. Workers say that what they see every day gradually leads them to embrace fringe views.

Among the standouts reported by The Verge are workers promoting the idea that the Earth is flat. Others question certain aspects of the Holocaust.

Another worker said he’d “mapped every escape route out of his house and sleeps with a gun at his side.” The worker no longer believes 9/11 was a terrorist attack, either.

The most frightening entails a worker who so feared for his safety, he began bringing a concealed gun to work. He worried the person would return to work and harm their old colleagues.

We know there are a lot of questions, misunderstandings and accusations around Facebook’s content review practices — including how we as a company care for and compensate the people behind this important work.

A lot of the recent questions are focused on ensuring the people working in these roles are treated fairly and with respect.

Content moderation can be difficult work but it is necessary to keep Facebook safe. We appreciate everyone who does it, and that's why we work closely with all our partners to demand a high level of support for all reviewers. https://t.co/vxn3qFmQFI

Osofsky didn’t address the specific issues raised in The Verge piece. It did state it was committed to working with its partners to demand a high level of support for their employees.

These claims sound absolutely ridiculous, and unheard of for many. The thought that people would resort to smoking weed, having sex and toting guns seem to reflect personal issues going on in their lives outside of monitoring Facebook posts.

No Matter, the seriousness of PTSD is a very serious matter. It should not be taken lightly, or self-diagnosed.

The Verge found the moderators were aware that there were on-site counselors available. However, they complained the counselors were “largely passive” when workers brought their worries to their attention. They simply relied on workers to recognize the signs of anxiety and depression and seek help.

There was nothing that they were doing for us other than expecting us to be able to identify when we’re broken. Most of the people there that are deteriorating — they don’t even see it. And that’s what kills me.

Many of us work in environments because being without a job can be horrendous. Many don’t do it for a handout of sympathy. They do it for the paycheck.

As Facebook grapples with its constant battle to prove it cares about its subscribers and their privacies, it seems some looking internally needs to be done, too.