Elon Musk should be counting his lucky stars that he was cleared of defamation allegations from British cave explorer Vern Unsworth. | Image: Reuters/Mike Blake

Another super-heavyweight car manufacturer is entering the EV ring, as Daimler announces plans to focus on battery-powered engines rather than gasoline. Tesla CEO Elon Musk congratulated the company on their decision, despite the fact an armada of electric Mercedes is undoubtedly on its way to saturate an increasingly crowded marketplace.

The trend away from gasoline among German automakers is growing increasingly clear. Audi has already promised 12 fully electric vehicles by 2025, but Daimler, the parent company of luxury brand Mercedes, appears to be going even further than their longtime rival.

Elon Musk’s upbeat response is different from his reaction to other announcements from German competitors. The mercurial Tesla boss seems unconcerned about the prospect of yet more competition in the luxury EV market. 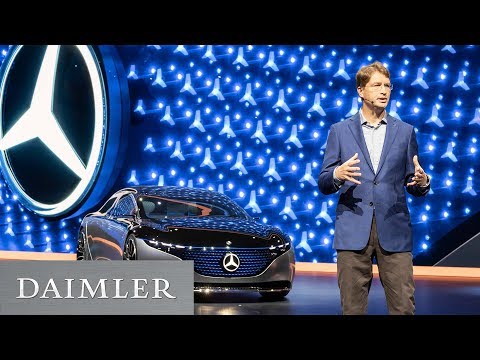 Tesla Trucks Stand to Lose the Most From Daimler Decision

When you look at the facts, perhaps Musk should be concerned. Daimler’s brands extend far beyond luxurious SUVs and sedans. In particular, it is the world of trucking and deliveries where Tesla is facing a surge of competition. Daimler AG owns five truck brands: FUSO, Freightliner, Western Star, BharatBenz, and Mercedes-Benz. The recent shift suggests all these companies may sport an electric power-train, directly competing with Tesla’s planned fleet of trucks. Add to this the fact that Amazon just put in an order for 100K delivery trucks from Rivian, and the outlook is increasingly tricky for Elon Musk’s growing brand.

It seems possible that Daimler’s announcement was partially triggered by Donald Trump’s recent decision to roll back California’s emissions waiver. This waiver allowed the U.S.’ wealthiest and most populous state to employ tighter standards on car emissions than other states. To keep California’s air quality improving, the state may weaponize electric vehicle rebates to try and negate the adverse effects of less clean combustion engines. Such a move might not be necessary if reports are correct that many automakers plan to revolt against Trump’s decisions.

The potential benefits of more subsidies for a fully EV manufacturer like Tesla are clear. Elon Musk must be rubbing his hands at the prospect of an electric rebellion on the West Coast. Tesla stock may also be relishing the possibility of more government incentives, as it has risen over 1% since the story broke.

While many have pared down their forecasts for TSLA stock based on rising competition, the crucial Model 3 continues to perform well in sales. Though Daimler’s commitment to battery power almost guarantees a smaller market share for Elon Musk (particularly his trucks), the resiliency of Tesla shares suggests investors have been anticipating major rivals entering the fray for some time.