By CCN.com: Robotaxis will one day litter our streets and highways, but not as soon as Tesla CEO Elon Musk boasts.

Uber CEO Dara Khosrowshahi levied this critique ahead of the $70 billion rideshare giant’s disappointing IPO, which saw its stock plunge nearly 8% despite debuting at a surprisingly conservative $45. 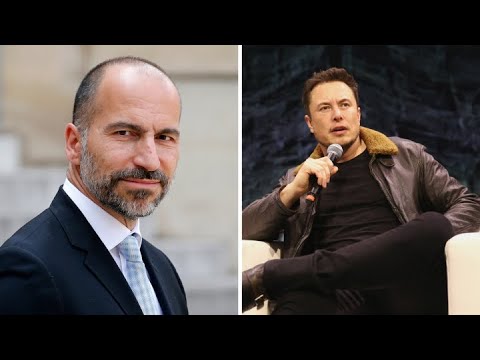 Khosrowshahi disagrees with Elon Musk’s lofty claim that the robot-controlled vehicles will be on the road as soon as next year. However, he agrees that self-driving technology will one day upend the way his rideshare company operates.

“If he can do it, more power to him. The software is going to get there. So I don’t think his vision is by any means wrong. I just think we disagree on timing.  I think it will be quite a few years beyond [2020],” Khosrowshahi said. “Our approach is a more conservative approach.”

At Tesla’s Autonomy Investor Day in April, Musk invited investors to daydream about his driverless taxi idea, but he didn’t present any clear evidence that Tesla has its driverless technology completely figured out.

Even so, he told investors that Tesla already plans to re-purpose Model 3s at the end of their lease contracts to build a full-fledged robotaxi fleet, as CCN.com reported. He boasted that the company would have more than one million robotaxi-capable vehicles on the road “a year from now.”

According to The Verge, Musk said:

“A year from now, we’ll have over a million cars with full self-driving, software… everything.”

Let's count how many truly autonomous (no human safety driver) Tesla taxis (public chooses destination & pays) on regular streets (unrestricted human driven cars on the same streets) on December 31, 2020. It will not be a million. My prediction: zero. Count & retweet this then. https://t.co/FLWjjPJToB

Dara Khosrowshahi’s comments on Tesla’s robotaxi ambitions were not at all hostile. They weren’t even critical.

However, they did highlight a longstanding criticism that has dogged Elon Musk since Tesla’s early days. That’s his propensity to set ambitious timelines that the company struggles to achieve.

While touting the benefits of driverless vehicles, the Uber CEO was careful to assure drivers that robots wouldn’t send them back to the unemployment line.

“The drama within the media is robots replacing humans. But the fact is that the better thing are robot and humans together. Hybrid is always better, and hybrid states can continue for a much longer period than you think.”

Regardless, Khosrowshahi said that whenever robotaxis do hit the roads, one thing for sure: they’re going to be electric.