By CCN.com: Last week, we learned that Elon Musk was the highest-paid CEO in America in 2018. And it wasn’t even close. Musk scored a jaw-dropping $2.3 billion in compensation, outstripping the next 65 corporate executives combined. With that sort of income, Musk should be on pace to topple Jeff Bezos on the rich list, especially since the latter just lost 25% of his Amazon stock in his divorce. But not so fast. Musk took offense at these viral reports. Instead, he claims, he’s not earning much of anything at all. What’s going on?

A Tesla fan reacted to a Business Insider article with a post suggesting that Musk was merely earning minimum wage. Musk then got into the mix, saying he’d actually earned negative compensation once you factor in his Tesla-related expenses:

I paid most of my Tesla-related expenses too. Tesla last year was actually net negative comp for me.

The Editor in Chief of Wired also took to Twitter to defend Musk’s pay package:

Yes @elonmusk has made all kinds of mistakes this year. But the criticism of his pay package seems off. Am totally in favor of a CEO who goes all in betting his comp against performance. https://t.co/jxYhN7QFnO

People are confused because of how Musk is being paid. When we hear compensation, we assume it is a salary. But Tesla is paying Musk primarily in restricted stock which becomes his over time. Over ten years, Musk will get more and more stock if Tesla exceeds its goals or next to nothing at all if it doesn’t. The 10-year period on the compensation plan also forces Tesla to be a long-term winner, and not just beat its targets for a quarter or two.

A video from RoadShow explains the dynamic well:

Elon Musk won’t be earning a dime as CEO of Tesla for the foreseeable future. That’s because the enigmatic leader has a new contract where his earnings are tied directly to some spectacularly optimistic company goals. 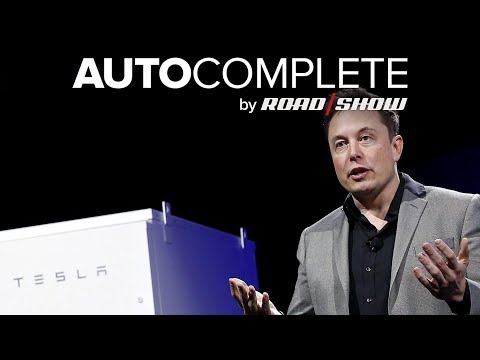 During the dot-com boom, we had tons of paper millionaires and billionaires spring up overnight. Then most were wiped out in 2001 as the tech market crashed. Until you can convert your stock into cold hard cash, paper gains are hardly comparable to a real salary. Musk is doing a bold thing, tying his personal compensation fully to Tesla stock rather than taking a fat cash salary.

It’s worth considering that Musk has mortgaged some of his real estate. He’s also put a chunk of his Tesla stock on loan in order to maximize his business holdings. This risks him facing a margin call where he’d be forced to sell Tesla stock if the price keeps going down. Say what you will about his business leadership decisions, you can’t fault the man’s commitment to trying to make Tesla prosper.

Remember that Elon Musk only actually earns $2 billion or whatever the headline number is if Tesla hits its growth goals and the stock price stays up. As it is, Tesla is missing expectations, having demand shortfalls, and even potentially running out of money. Things have gotten so dire that the company has cut back on toilet paper purchases, forcing some employees to bring their own from home.

On Friday, the value of Musk’s Space-X venture exceeded Tesla’s for the first time. As Tesla remains trapped in what Musk described as “production hell”, he may want to escape this earthly mess and speed up his plans for colonizing Mars. Particularly as a new rival has announced plans to beat Space-X to the prize.