By CCN.com: The Economist, a liberal British magazine, was forced to issue a groveling apology hours after smearing Jewish conservative author Ben Shapiro as “alt-right.”

The brouhaha erupted on Twitter after the Economist tweeted an interview with Shapiro, where he discussed his bestselling new book, “The Right Side of History.”

In its tweet, The Economist flippantly called Shapiro an “alt-right sage without the rage.” Immediately afterward, the London-based magazine got ratio’d into oblivion.

Thousands of Twitter users condemned the publication, saying it defamed Shapiro — an Orthodox Jew — by recklessly calling him a member of the “alt-right.”

The alt-right (or alternative right) is a fringe movement comprised of white supremacists, anti-Semites, and Holocaust deniers. The alt-right despises people like Shapiro because he’s a moderate conservative who’s also Jewish.

Shapiro Demands and Gets Immediate Apology

The irony is that Shapiro — an attorney who’s also the editor of the Daily Wire — has been viciously attacked by the alt-right for being too liberal.

In a 2016 report, the left-wing Anti-Defamation League concluded that Shapiro was the alt-right’s No. 1 target for online abuse among Jewish journalists. Moreover, Shapiro has repeatedly denounced the alt-right for its extremism.

Shortly after The Economist posted its tweet, a furious Shapiro demanded an immediate retraction.

“This is a vile lie…I demand a retraction. You should be ashamed of yourselves for that garbage headline and description.”

The Economist later deleted the tweet and issued an apology.

We have deleted an earlier tweet for an article that mischaracterised Ben Shapiro, who has been strongly critical of the alt-right movement. We apologise. Here is the article https://t.co/ZmfgU6Gw2r

The Economist also posted an editor’s note on its website, saying it had made a grave mistake. The epic gaffe is one of the few times that Trump supporters rallied to Ben Shapiro’s defense.

Many Trump supporters have not forgiven Shapiro for being a Never-Trumper during the 2016 presidential election. They still get furious whenever they’re reminded that if Never-Trumpers like Shapiro had gotten their way, Hillary Clinton would be president now.

Editor's note: Actually, @benshapiro is a Lib. We found out he just wrote a book, which is peak Lib. We apologize for the error.

Even liberals dragged The Economist for its shocking blunder.

Frankly I don’t think a tweet apology should be accepted and the editor should make a personal apology to @benshapiro’s face. He gets more alt-right hate than anyone. They knew that was the case and they chose to go for clicks… https://t.co/LVzyxkZx3Y

Media Conflates Conservatives With the Alt-Right

This incident spotlights a trope repeatedly pushed by the mainstream media, which is to deliberately conflate all conservatives with the alt-right.

For instance, President Donald Trump is a vocal supporter of Israel. His daughter, Ivanka Trump, and son-in-law, Jared Kushner, are both Jewish, as are their three children.

Trump has repeatedly condemned the alt-right. Despite this, the media — which is overwhelmingly left-wing — has referred to Trump and his supporters as alt-right as a way to demonize them. As a whole, Trump supporters disavow the alt-right.

Shapiro, a graduate of Harvard Law School, urged conservatives to fight back against this smear.

“Want to know how the Left elevates the alt-right to a position of power? By lumping in everyone who is conservative — including those who spend their lives fighting against the despicable alt-right — with the alt-right. Don’t let them.”

Want to know how the Left elevates the alt-right to a position of power? By lumping in everyone who is conservative — including those who spend their lives fighting against the despicable alt-right — with the alt-right. Don't let them. https://t.co/fEwwATDhUK

“The media everywhere is mostly liberal. But in this country, 85% of journalists are registered Democrats.

“For example, all the coverage on Trump all the time is negative…Although the media has always been left-leaning, we’ve abandoned our pretense, or at least the effort, to be objective today.”

“That means we’ve become political activists, and some could argue, propagandists.” 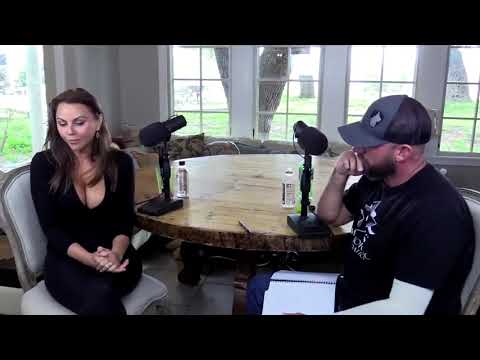