By CCN.com: The Dow Jones will soar and delay a recession if President Donald Trump wins re-election in 2020. That’s the prediction of Nobel laureate Robert Shiller, an economics professor at Yale University.

This uncharacteristically bullish outlook is surprising because Shiller is a longtime perma-bear who has been predicting a recession for decades. In fact, Shiller’s specialty is spotting financial bubbles, so he’s constantly looking for signs of an impending recession (even when there are none).

However, Shiller says Trump’s pro-business policies could buoy the Dow and offset an economic downturn for several more years.

“It’s very clear that Trump is a pro-business candidate,” Shiller told CNBC. “It also seems likely that when Jerome Powell’s term as Fed chairman expires, he’ll bring someone in that he controls more…who can stimulate the economy without worrying.”

“It’s also that Trump is a model for extravagant living and big spending. All these things are boosting of the stock market.” 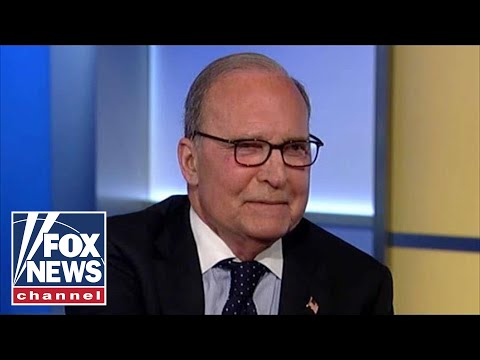 Since Trump won the presidency in November 2016, the stock market has rocketed, and unemployment has dropped to record lows. Even Trump’s detractors have begrudgingly conceded that he has been good for the economy.

Indeed, the Dow and the S&P 500 gained 44% and 35%, respectively, under Trump. These surges occurred even though the Fed hiked interest rates a stunning seven times during Trump’s two-year presidency (four times in 2018 alone).

Whenever the Fed boosts rates, the stock market recoils and fears of recession roil Wall Street. Accordingly, it was no surprise when the Dow tumbled in December 2018 after the central bank raised interest rates for the fourth time that year.

Shiller Predicted The Dow Would Tank In 2019

However, Robert Shiller says the exuberant rebounds that followed the market downturn in late-December suggests the economy is extremely resilient.

“It’s the question of how people look back at the recent correction,” Shiller remarked. “There’s another narrative that says these things are precursors to a bigger event.”

It’s unclear why Shiller has suddenly become somewhat bullish about the economy considering that he predicted in January 2019 that the Dow would crater into a full-blown bear market this year.

“This bear-market narrative has taken a strong hold. There is a feeling that the stock market might be due for some deflating now because it’s been a long time. We’ve seen some hints of it. And we haven’t seen the real deflation yet.”

Perhaps Shiller is changing his tune (and his economic forecast) now in light of the fact that the Dow did not plunge as he had initially expected. Of course, there are still eight months left in 2019, and anything could happen.

Shiller: Bitcoin Is a Bubble and a Fad

It’s not surprising that Shiller is generally bearish about the stock market since he’s equally skeptical about bitcoin. As CCN.com reported in May 2018, Shiller called bitcoin a bubble and said it would probably burst soon.

Shiller also called bitcoin mania a passing fancy that’s fueled by emotions and hype and is not rooted in sound financial fundamentals.

“It’s another example of faddish human behavior. It’s a story that I think goes way beyond the merits of the idea.”

Keep in mind that Shiller has been an academic at Yale since 1982. Like many economics professors, he has little real-world experience with money and mostly traffics in theory.

Dow Falls Again, on Track for Worst Month Since March Covid Meltdown
1 Comment
← PreviousDow Recoils as UnitedHealth Boss Bashes Medicare for All
Next →Netflix Shares Drop After Wall Street Gets It Wrong