It was a familiar tale for Chelsea on Saturday. They dominated possession. They had more shots on goal than their opponents. And, at the very end, they lost the game.

Their 1-0 defeat by Newcastle was not a disaster. Many of Chelsea’s rivals for fourth place dropped points this weekend. Manchester United lost. Tottenham and Arsenal drew. Only Wolves emerged victorious.

Frank Lampard’s side remain five points clear of the chasing pack in the race for the final Champions League qualification spot. They are ahead of schedule. This is a young team and one that was unable to make any signings last summer. Most of the club’s fans would have accepted this position after 23 matches had they been offered it at the start of the campaign.

It would nevertheless be a huge disappointment if Chelsea did not finish in the top four from here. And unless they discover a plan B, they may well miss out.

Chelsea had 70 percent possession against Newcastle. They out-shot their hosts 19-7. They probably would have felt hard done by had the game finished goalless. It was, therefore, a severe blow when Isaac Hayden struck the winning goal late on.

Tammy Abraham was particularly guilty of profligacy. The England striker spurned two wonderful opportunities. Willian should have done better with a chance of his own. Lampard bemoaned his team’s lack of “killer instinct” after the match.

The Blues have performed brilliantly in recent victories over Tottenham and Arsenal. They played well in losses to Manchester United, Liverpool and Manchester City. But those positives have been offset by a failure to beat West Ham, Everton, Bournemouth, Southampton, Brighton and Newcastle in the last two months. 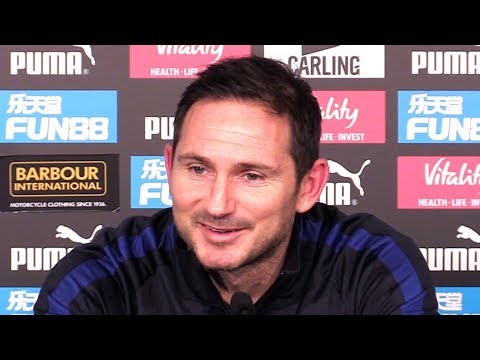 Chelsea must find an alternative approach

Only Liverpool and Manchester City have averaged more possession than Chelsea this season. Lampard wants his side to dominate the ball, but their passing is often not penetrative enough.

The inclusion of either Ross Barkley or Ruben Loftus-Cheek – both have been injured for much of the campaign – in the starting XI would help. The two England midfielders are adept at carrying the ball past opponents in the centre of the pitch.

It is surprising that Lampard has not turned to Olivier Giroud more regularly. The former Arsenal centre-forward is the archetypal plan B. He is strong in the air and adept at linking the play. Abraham is understandably Chelsea’s go-to option upfront, but Giroud offers something different from the bench.

Chelsea require more goals from midfield. Mason Mount has scored once since early October. Jorginho has netted once from open play. Mateo Kovacic has one goal to his name too. Chelsea are simply too reliant on Abraham, who has struck eight more times than the club’s second top scorer.

Chelsea’s five-point lead over fifth-placed Manchester United is far from unassailable. Wolves are the same distance behind and in excellent form. A positive run of form could see Tottenham and Arsenal enter the race. Sheffield United are resilient and refuse to go away.

After 23 games Chelsea have made little progress in addressing their primary weakness: a failure to prise open well-manned defences. Finding an effective plan B could be the difference between success and failure this season.