Boom Or Bust: Where Is Tesla Stock Headed Next?

Witnessing the recent price hike, everyone wants to know what happens next for Tesla stock in 2020. Let’s recap its latest performance and check out some of the analyst predictions.

Tesla stock (NASDAQ:TSLA) made the headlines last week thanks to its mad price fluctuations. Watching this roller coaster, the market has split in two. Some believe the stock is seriously overvalued, whereas others point out that the rally has just begun.

As this Silicon Valley electric-car maker is now attracting so much attention, everyone wonders: What does the future of TSLA look like?

Historical Price Chart In A Nutshell

Ever since its IPO, Tesla’s stock has experienced extreme volatility. While fluctuating here and there, the share price managed to soar from $23.83 in June 2010 up to $383 by  June 2018.

A downtrend started in November 2018 amid doubts over consumer demand and company profitability.

The stock struggled through the first half of 2019, reflecting continuous change in investors’ sentiment. On May 25, 2018, its shares fell below $200 for the first time in over two years.

The second half of the year saw the stock rising from the ashes. The business finally reported profits in both the third and fourth quarters, sending TSLA to new record highs.

On Monday, Tesla shares skyrocketed 19.9% as Argus Research raised its price target for the stock to $808 from $556 previously.

The rally ended on Wednesday after Chinese Vice President Tao Lin stated that car deliveries to customers would be delayed due to the outbreak of the coronavirus. The previous news of Tesla closing its Shanghai factory only added fuel to the fire. Frightened investors caused the stock to drop 17.2% in a single day.

On Thursday, Tesla shares initially dropped more than 6% but later recovered from their lows.

In May 2019, Ark Investment Management CEO Catherine Wood said that “Tesla should be valued somewhere between $700 and $4,000 in five years.”

On Monday, Bill Selesky, an analyst at Argus Research, upgraded his year-end forecast for Tesla from $556 to $808. He said:

Despite past production delays, parts shortages, labor cost overruns and other difficulties, we expect Tesla to benefit from its dominant position in the electric vehicle industry and to improve performance in 2020 and beyond.

Tesla investor Ron Baron forecast the company to top $1 trillion in revenue in a decade. He said on CNBC:

It’s nowhere near ended at that point and time. There’s a lot of growth opportunities from that point going forward.

Gov Capital offers the most bullish outlook of all. Based on an internal deep learning algorithm, they predict Tesla stock to reach an overwhelming price of $3,025 by February 2025.

Not everyone is being as optimistic.

On Wednesday, Brian Johnson, an auto analyst at Barclays, said in a note to clients:

Not to sound like an ‘Ok, Boomer’ to the younger investors rushing into TSLA share, but the recent price action brings to mind NASDAQ c. 1999.

While Barclays raised their price target from $200 to $300 per share, its forecast still calls for a 65% drop in the stock:

We continue to believe TSLA is fundamentally overvalued.

According to CNN Business, 27 analysts have offered their own 12-month Tesla share price predictions. They have set a median target of $506, with a low estimate of $222 and a high estimate of $800. The current consensus among the analysts is to sell the stock.

Popular forecasting service Wallet Investor refers to TSLA as a “not so good long-term investment.” Considering their outlook, the stock is expected to trade at $756.389 by February 2025.

Here are the predictions of another online service, Longforecast.com:

As with any other stock, there are a few factors that influence the Tesla share price. These include, among others, quarterly earnings announcements and the financial performance of the wider stock market. The value of Tesla stock is also heavily impacted by emerging competitors in the electric vehicle industry. 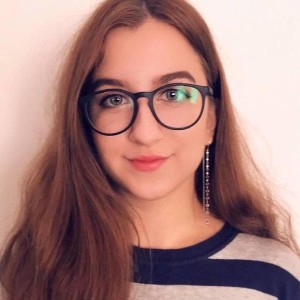 Valerie Medleva
Valerie is a digital content creator and FinTech enthusiast. Currently based in Cyprus, she covers a variety of topics, including market analysis and forecasts. Email: v.medleva@gmail.com
Subscribe
0 Comments
Inline Feedbacks
View all comments