By CCN.com: Even though Donald Trump kicked off his 2020 presidential campaign last night in Florida in front of a crowd of roughly 20,000, Wall Street isn’t entirely convinced that he’s committed. Jeffrey Gundlach, who is nicknamed the Bond King and whose firm DoubleLine Capital oversees $115 billion in AUM, told Fox Business that there’s a chance the president could change his mind. And while the campaign is launched, Gundlach suggests that Trump might not run, after all, adding:

“If the economy goes into recession, and he can’t pull it out by removing the tariffs, there’s very little for him to run on.” 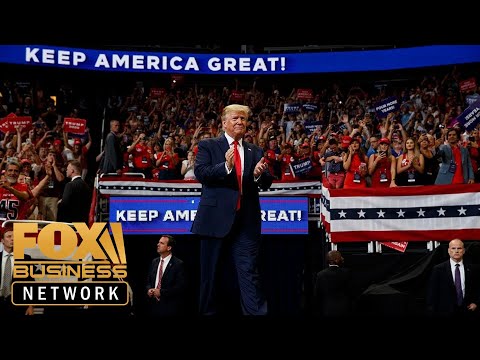 Dropping Out Is Not Unheard Of

While dropping out of a presidential election isn’t common, it’s not unprecedented, either. A little more than half-a-century ago, Lyndon B. Johnson announced that he was exiting the presidential race because of the Vietnam war, having said:

“There is division in the American house now.”

While there may be “partisan divisions” in the U.S. today, it’s proven to only embolden Trump so far.

Even if Trump were the kind to back down, Gundlach’s theory about the economy works in the president’s favor. The economy does not appear to be barreling toward a recession. The Fed announced today that it would leave interest rates unchanged for now, and stocks took the news surprisingly well. Investors appear confident that the Fed has their back and will provide stimulus before it will let the market crash. On the trade front, there is a renewed optimism that Trump and China’s President Xi Jinping will reach some sort of compromise at the G20 meeting in Japan.

Thousands of people are already lined up in Orlando, some two days before tomorrow nights big Rally. Large Screens and food trucks will be there for those that can’t get into the 25,000 capacity arena. It will be a very exciting evening! Make America Great Again!

President Trump, meanwhile, has warned that if he’s not the winner in 2020, the stock market will crash. The S&P 500 is currently on the path to record-high levels.

The Trump Economy is setting records, and has a long way up to go….However, if anyone but me takes over in 2020 (I know the competition very well), there will be a Market Crash the likes of which has not been seen before! KEEP AMERICA GREAT

Gundlach has another prediction, and that is if the economy doesn’t melt, there will be four more years of President Trump.