Boeing in Turbulence with $600 Billion in Orders Under Threat. Has Stock Bottomed?

In the wake of the second Boeing 737 Max 8 plane crash in Ethiopia on Sunday, the Chicago, Illinois-based aircraft maker’s stock has not only plummeted by over 10% but some of its customers are now reconsidering their orders for the narrow-body jet. So far over 5,000 orders worth more than $600 billion have been placed for the MAX narrow-body jets.

According to Bloomberg, airlines that are reviewing their orders for the Boeing 737 MAX are mostly in Asia. Indonesia’s largest airline by market share Lion Air has, however, gone a step further and suspended existing orders. Lion Air’s own 737 Max 8 plane crashed last year in October shortly after takeoff killing all 189 people on board. 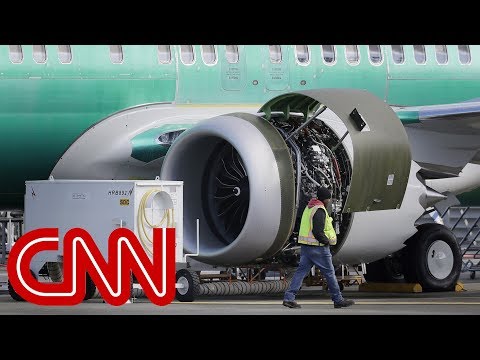 The Indonesian airline is now eyeing similar planes from Airbus SE’s narrow-body lineup and this includes the A321neo.

The relationship between aircraft manufacturer and Lion Air worsened following the October crash. This was after Boeing seemed to blame human error and maintenance for the accident. Late last year Lion Air revealed plans to cancel Boeing plane orders worth $22 billion.

Vietjet Ordered 100 units of Boeing 737 MAX a Fortnight Ago

In Vietnam, VietJet Aviation is reported to be awaiting more information on the Sunday crash before making a final decision. Last month during President Donald Trump’s visit to Vietnam, Vietjet inked an order for 100 Boeing 737 Max planes.

Will Malaysia Airlines Cancel the Order for 25 units of the Boeing 737 MAX 8 Jets?

The management of Khazanah should look into the matter urgently. This is to ensure the safety of the airline, which is paramount.

Outside Asia the response has been mixed. Russia’s Utair Aviation is, for instance, seeking guarantees from Boeing prior to taking delivery of 30 units already ordered.

In Africa Kenya Airways is said to be reconsidering a proposal to purchase MAX jets in a fleet modernization plan. Among the options that the state-owned carrier of East Africa’s largest economy is toying with include switching to other Boeing planes. Kenya Airways is also said to be considering Airbus products.

The Goose that lays the Golden Egg…

The change of heart by some airlines is potentially a big blow to the plane maker as the 737 family is the company’s top earner.

The postponement or cancellation of orders does not come as a surprise though. Earlier this week financial services firm Edward Jones downgraded Boeing’s shares, according to CNBC. The investment advisory firm argued that the two 737 MAX 8 accidents would have a negative impact on Boeing’s financials:

The accidents may result in additional expense and some delay in orders, which, from a business perspective, could pressure financial results.

A primary downside risk to shares, in our view, is the continued concern about safety in the 737 Max 8, leading to order cancellations.

Currently, the aircraft maker’s stock is trading below $380 having fallen by around 11% since Sunday’s crash.