By CCN.com: Boeing stock rallied on Friday, helping the Dow Jones salvage its floundering recovery following a report that the 737 MAX could fly again as soon as next month.

Boeing shares rose more than 2 percent in pre-market trading, though by the early afternoon they had given up some of those gains. Shortly before 1 pm ET, shares had jumped 1.6 percent to $356.12.

Boeing’s strong showing buoyed the Dow Jones Industrial Average, which surged as high as 25,670.8 following the opening bell but struggled to maintain that level throughout the session.

The U.S. aerospace giant is the Dow’s most heavily-weighted component.

Friday’s rally closely followed a Reuters report that the Federal Aviation Administration could green-light 737 MAX flights by the end of June. However, the FAA insisted that no firm timetable had been put in place.

Still, the FAA’s expected go-ahead will not guarantee that other aviation regulators across the globe will issue a similar verdict.

Canada has, for instance, indicated that it would only trust its own decision. Per The Toronto Star, the 737 MAX will only be allowed to fly in Canadian skies after an independent safety review has been conducted by Transport Canada.

Transport Canada is conducting its own review of design changes to the Boeing 737 Max aircraft to ensure that the “safety risks” identified in two fatal crashes are addressed before the jet is allowed to fly again in Canadian skies. https://t.co/fXL3phR1dk

Some players in Europe’s aviation sector have also expressed their lack of confidence in the U.S. air safety setup. The European Cockpit Association blames the Boeing scandal on the lack of an “independent regulator” in the United States. The association represents over 38,000 pilots drawn from 36 countries.

Boeing has already updated its Maneuvering Characteristics Augmentation System (MCAS), which has been blamed for the two crashes. It must still submit the update to the FAA for formal certification.

Other than experiencing difficulty reaching a global consensus, Boeing will also face an uphill task re-instilling confidence in flyers. American Airlines’ CEO stated Wednesday that no “amount of marketing” could ease travelers’ anxieties about flying on the 737 MAX. 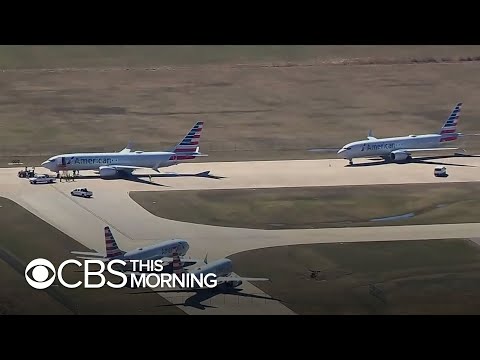 Just after the Ethiopian Airlines crash, a survey carried out by the Business Insider indicated that more than half of adults in the U.S. would reschedule a flight if they found they were booked to fly in a 737 MAX.

Aware that it may take time before passengers are comfortable flying on the controversial aircraft, some airlines have responded accordingly. Earlier this week, Southwest Airlines’ chief marketing officer indicated that customers wouldn’t be charged extra if they switch flights.

Southwest is the biggest operator of the Boeing model with more than 30 of the controversial jets in its fleet before the suspension.

Boeing stock has plunged 15 percent since the Ethiopian Airlines crash in March, which is one reason why the Dow is the only major Wall Street index not to hit a new all-time high in 2019.