Ask not for whom the bell tolls, Facebook. It tolls for thee, says bitcoin bull Lou Kerner. The crypto investor says Facebook is on its last legs, and even its over-hyped stablecoin project, Libra, can’t save it.

Kerner made the ominous predictions in a Medium blog post, where he rebuked Wall Street for being blind to Facebook’s obvious deterioration because of the investment community’s misguided focus on revenues.

According to Kerner, the most important metric that analysts should focus on is Facebook’s year-over-year plunge in user engagement.

“It’s not a pretty picture…The graph/data shows that Facebook is dying. At the moment, it’s a slow death. But at some point, it will accelerate. That’s what social networks do. They grow engagement, until they don’t.”

As CCN.com reported, a tech entrepreneur and former Harvard classmate of Facebook CEO Mark Zuckerberg says Zuckerberg is “the greatest con man in history” and claims that Facebook has 1 billion fake accounts.

Kerner says Facebook’s collapsing statistics for daily active users and monthly active users will ensure that it continues to underperform the Nasdaq and its “FAMGA” tech peers consisting of:

This is a serious red flag, Kerner warns. For the past 18 months (that’s six financial quarters), Facebook stock has underperformed the Nasdaq (up 5% versus 15% for the Nasdaq) and embarrassingly lagged behind its FAMGA peers.

“More telling, Facebook has dramatically under-performed its peer group, which averaged a gain of 33% over the past 18 months. I believe Facebook will continue to underperform the Nasdaq and their peers.”

Kerner says Wall Street analysts don’t realize that Facebook is dying because they don’t understand that revenue is a lagging indicator of engagement.

In other words, revenue growth is accelerating right now because it’s still catching up to user and engagement growth of years past. However, when revenue starts catching up to the lag in user engagement, Facebook stock will nosedive, Kerner warns.

“When revenue starts slowing dramatically in 2020, which it will, Wall Street will be caught off guard.”

Moreover, Kerner says Facebook’s much-anticipated Libra “crypto” project can’t save the social media monopoly. Why? Because draconian regulatory scrutiny and mass public ignorance about cryptocurrencies will ensure that Libra suffers a death by a thousand cuts.

That said, Kerner believes that Libra is positive for the crypto ecosystem because it’s raising awareness of virtual currencies.

Kerner: Bitcoin will supplant gold as store of value 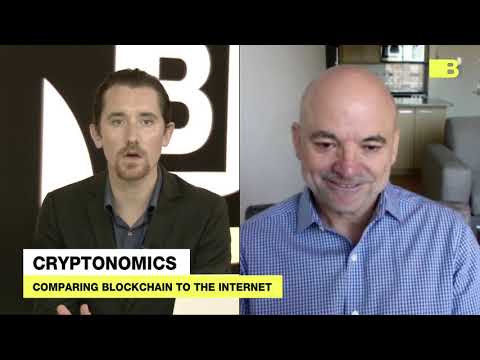 Whatever happens to Facebook or Libra, Lou Kerner remains an avowed bitcoin bull. As CCN.com reported in December 2018, Kerner says bitcoin is on track to replace gold as the dominant store of value.

Kerner, the founding partner of New York-based CryptoOracle, says bitcoin will be a far more disruptive technology than the Internet was.

“The disruption from that is gonna be bigger than the disruption that we saw from the Internet. Bitcoin is kind of the early leader, like the Yahoo of its day. And while it’s a massive thing, it’s not the thing [right now].”