Elon Musk is taking a victory lap around short-sellers as Tesla’s stock rallies following a surprise profit in the third quarter. And in characteristic Musk, one of Tesla’s most prominent bears will get a gift that’s supposedly meant to help them get through this ‘difficult’ phase. Not just thoughts and prayers!

It all started when prominent Tesla short-seller Greenlight Capital branded the electric car firm and another of its shorts ‘material losers’ earlier this week. The hedge fund run by David Einhorn also accused Musk of perpetrating ‘significant fraud’. Elon Musk did not take long to respond:

It is understandable that you wish to save face with your investors, given the losses you suffered from Tesla’s successful third quarter, especially since you’ve had several down years in performance and a sharp drop in assets under management from $15 billion to $5billion. You have our sympathies.

And in a repeat of a practical joke he first pulled last year in August, Musk has promised to send Einhorn a ‘small gift of short shorts to help you through this difficult time’.

Last year in August Musk sent the same that after it was reported that Einhorn wasn’t renewing his Tesla lease.

The billionaire hedge funder went on to accept the gift while taking a jibe at Musk by claiming that they were shipped with ‘manufacturing defects’.

I want to thank @elonmusk for the shorts. He is a man of his word! They did come with some manufacturing defects. #tesla pic.twitter.com/qsYfO8cbkp

But on a more sober note, Musk also invited Einhorn to tour Tesla’s facilities as this would help the hedge funder in ‘getting smart’ about the electric car maker. Some of Musk’s fans deemed this move as having damned-if-you-do-damned-if-you-don’t implications for Einhorn.

That's a smart move because he is kinda obligated to accept. He has a responsibility to his investors to maintain a position based on the best information available to them and refusing to meet CEO and visit the company would be against that. I can see Einhorn being convinced.

The Tesla short seller has however said they will not change their stance:

Tesla has been very creative in its accounting, but we believe, continues to be structurally unprofitable. We remain short.

End of the road for Brazilian Tesla bear

This is unlike the case of another prominent short-seller Adam Capital that has already capitulated. Earlier this month, the Brazilian hedge fund threw in the towel citing the stock’s continued rise. In a client note, the hedge fund stated that it had closed its short position in Tesla following improved efficiency by the electric car maker. 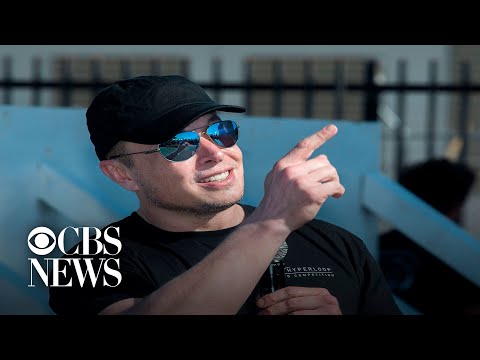 Just five months ago, this would have been unfathomable as Tesla’s stock was sliding and alarm bells were being sounded. By early June the electric carmaker’s stock had lost nearly 50% of its value since the yearly high registered in January.

Now the stock has recovered substantially. As of Thursday’s close, bulls are in the driver’s seat and Tesla is up 89% from the yearly low.