A Reddit user’s recent analysis reveals that Battlefield V is suffering from serious lack of content compared to the previous titles of the series, shedding light on how EA and DICE have messed up the video game.

Created by video game developer DICE and published by EA, the WWII-themed Battlefield V has been doomed right from its release with underwhelming sales as well as horrible user reviews (not even talking about the numerous bugs and stability issues).

The Battlefield V disaster was topped by former EA CCO Patrick Söderlund’s reaction to gamer critics on the historically inaccurate portrayal of women who urged users not to buy the game if they don’t accept the game publisher’s gender-diversity promoting move. 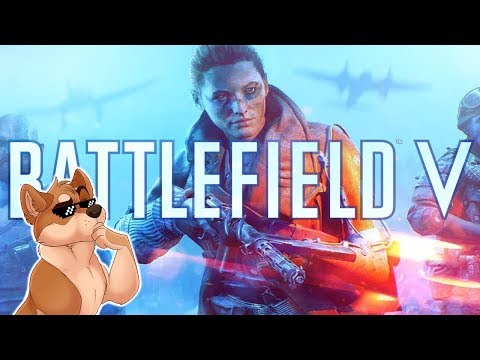 What proves that EA and DICE have seriously botched the video game is that they even admit it. Less than a month ago, DICE General Manager Oskar Gabrielson publicly apologized on Twitter for falling short on expectations with Battlefield V.

According to a Reddit user’s analysis, one of the main reasons behind Battlefield V’s disastrous performance is EA and DICE ditching the well-working Premium Pass model for a freemium, live service model.

Due to Battlefield V’s live service model, EA and DICE have both failed to deliver on their promises of consistent content for the game.

The Reddit user has listed all Battlefield titles from Battlefield 3 with the number of maps for each, revealing that Battlefield V has a little over half the content – that includes upcoming maps too – as previous titles had in the first year of release.

Moreover, the World War II shooter had launched with a missing campaign story last year, had significant delays on every single map along with slow bug fixes and updates, and includes substantially less weapon and customization options, the Reddit user stated.

According to him, DICE has failed to even include such basic multiplayer features like auto-team balancing while removing popular game modes like Frontlines and Rush Mode.

“This is the first live-service model for the BF franchise and it has utterly failed in every measure, in part due to seemingly nonsensical management from DICE who appear to not understand their own game or player base,” the Reddit user concludes.

Unfortunately, the Reddit user’s analysis is precisely on point, which means bad news for Battlefield fans. If this would be the first case for DICE and EA to mess up something so bad, we may have already forgiven them for this disastrous AAA title.

But that’s not the case here, and it seems neither company is going away any time soon.