Arnold Schwarzenegger was attacked while using Snapchat at an event in South Africa. He plugged the messaging app but the stock has already been rising. | Source: (i) Shutterstock (ii) Shutterstock; Edited by CCN.com

By CCN.com: Arnold Schwarzenegger, star of “The Terminator” (and nothing else lately), found himself the victim of an assault at an event in South Africa.

While attending “Arnold Classic Africa” in Johannesburg, which features a wide array of sporting events and physical activities, the 71-year-old “Last Action Hero” was filming participants when he received a flying kick to the back by an unknown assailant. The actor fell forward as the perpetrator was immediately tackled by security while yelling, “Help me!”

“Oy, My Back!” Don’t Interrupt a Cyborg’s Snapchat with Physical Violence

Schwarzenegger was later escorted off the premises by a team of bodyguards. He thanked them for their efforts and posted to Twitter that he was okay and that he was glad the “idiot didn’t interrupt his Snapchat.” The assailant was later identified by security members as someone who has pulled similar stunts in the past. Schwarzenegger says he will not be pressing charges and that he plans to attend the rest of the event this coming Sunday. It’s probably safe to say that “he’ll be back…”

Thanks for your concerns, but there is nothing to worry about. I thought I was just jostled by the crowd, which happens a lot. I only realized I was kicked when I saw the video like all of you. I’m just glad the idiot didn’t interrupt my Snapchat.

Whether he meant to or not, Schwarzenegger gave a commercial for Snap, Inc, the company behind the messaging app. Not that Snap’s stock needed his help. SNAP shares have about doubled year-to-date and are up 7% over the last 12-month period. The company got a boost last week when Facebook reportedly decided to close its Direct messaging app on Instagram, which went head-to-head with Snapchat. Investors have been celebrating ever since.

Snap continues to operate at a loss but boasts a whopping 190 million daily active users.

SnapChat’s Reputation Could Use Some Work

While the stock has been rising, SnapChat’s reputation could use some work. Schwarzenegger is all too familiar with how this feels.

Make sure to tune into my @Snapchat to see all 90 sports we have here at the @ArnoldSports Africa! Fitness is for everyone. pic.twitter.com/bNjSTQS9Aj

Snapchat seems to create something of a hierarchy amongst friends through its use of “Snapchat Streaks,” which occur when two individuals speak or text with each other for a minimum of two straight days. Having more streaks allegedly makes younger account holders feel “more popular,” and mark a powerful kind of “social acceptance” amongst users.

It seems younger generations also do foolish things with their accounts. This includes sharing their login credentials on other social media pages and using what’s called Snap Map, which allows them to be tracked and located physically. Snap Map can dissolve one’s privacy and make users vulnerable to outside parties they’d otherwise think twice about being associated with. Snap might want to ask Facebook how privacy issues ended for them. 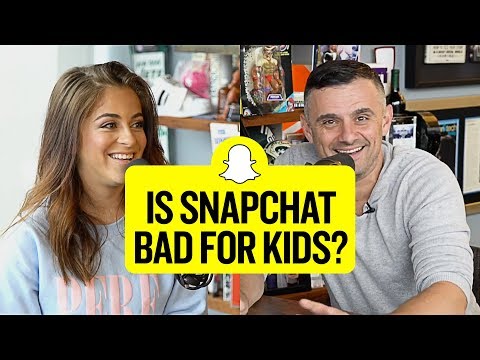 Schwarzenegger lives in the public eye. He’s got an event to promote, so his use of Snapchat is understandable. For others, however, one can’t help but wonder if the social media platform presents more problems than it does power and “decent exposure.”

For investors, Snap’s stock appears to have some tailwinds for the foreseeable future now that Facebook is bowing out, which happened even before “The Terminator” star gave them a plug.