Last month, Democratic rising star Alexandria Ocasio-Cortez came under fire for a line in the Green New Deal that promised security for those “unwilling to work.” Her team quickly lied about it, claiming GOP doctoring, before eventually chalking it up to an “early draft” that was accidentally released. But Universal Basic Income (UBI) is gaining traction among Democratic candidates, and now Andrew Yang is running for president with just one promise: free money for all.

Yang, a former education entrepreneur and founder of Venture for America, claims on his website that his first priority “will be to implement Universal Basic Income for every American.” And who could say no to that? Under his plan, every American over the age of 18 will receive $1,000/month, with “no strings attached”:

Universal Basic Income is a periodic cash payment unconditionally delivered to all citizens, without means-test or work requirement. Everyone gets the same amount of cash: the homeless and the billionaire. No questions asked. Forever. pic.twitter.com/VhiitjoRzR

UBI is an emerging idea, but left-leaning candidates are no strangers to the welfare state.

For years, the unofficial Democratic party mascot has been a self-righteous Robin Hood: demonizing the wealthy and promising the spoils of their massive tax increases to a voter base that feels that they’re owed a share.

Bernie Sanders proposed a 77% rate for billionaires, and AOC wants to tax incomes of over $10 million at 70%.

But Andrew Yang takes a different approach: apparently, all 193 million qualified Americans will receive their unearned “salary” from the businesses blamed for their collective misfortunes.

Andrew Yang: Elon Musk is a UBI Fan Too!

To justify his proposed 10% Value Added Tax (VAT), Yang points to the rise of automation. He even notes that Elon Musk, the poster boy for American capitalism, has promoted the idea of a universal basic income.

It's time to take action and respond to this crisis right now. pic.twitter.com/WGN6Bxlmgd

Yes, Elon Musk recognizes that automation will cause massive job displacement, stating at the World Government Summit in Dubai that “there will be fewer and fewer jobs that a robot cannot do better.” But the utopian idea of free money for all, appealing as it may be, simply doesn’t hold water.

In Finland, where citizens received $634 per month in a trial program between January 2017 and January 2018, the project was considered a failure. And yet Andrew Yang believes that in America, at a scale much larger than the failed test, giving away cash will somehow improve the economy.

Yes, cash infusions will artificially increase spending volume. But inflation will undoubtedly wipe away those gains: as every consumer over the age of 18 receives their unearned stipends, companies will raise prices to account for the decrease in per-dollar value. And if that weren’t enough, the VAT proposal will require further increases on the part of companies, as their profits are being slashed to support the unwilling to work. 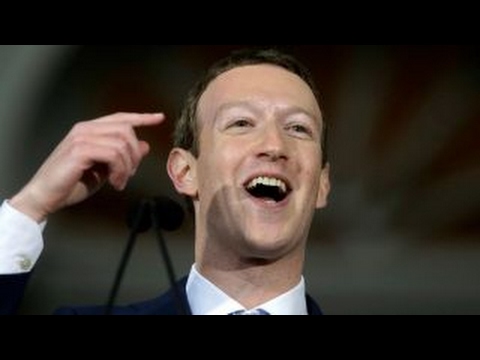 And, beyond the economic absurdity of UBI, that support of the unwilling is the greatest issue with Andrew Yang’s 2020 campaign. This platform, and ones similar, consistently frame financial security and general well-being for all as fundamental rights. This supposedly ethical justification acts as an unarguable line of defense against questioning: what kind of terrible person doesn’t want to help everyone else?

Yang publicly distanced himself from the notion of paying the unwilling to work. But, in practice and his own words, he supports it fully. No strings attached means that the $12,000 per year per person can be used on anything, by anyone. Don’t feel like finding a job? No need. Want to take up drug abuse? Now you can. It is foolish to assume that everyone will use their “income” unproductively. But it’s equally foolish to assume that large numbers of citizens will use that $12,000 in totally ethical and productive ways.

Yang will likely gather a substantial following before this election cycle ends, including those seeking handouts and the self-righteous agreeing in his pseudo-moral premise. Hopefully, though, America will wake up and recognize that UBI would be hugely detrimental to the economy, its citizens, and the world.

He does have an idea that’s much more reasonable than UBI, though:

To bring the country together I would give everyone an HBO GO password so we could all watch Game of Thrones.

Winter is coming. And Andrew Yang’s plan is worse than the Night King.