So AOC is the progressives’ rising star? The Democratic party’s savior in 2020 elections and beyond? To borrow a phrase from President Trump, that’s some “ridiculous bull****” and political spin from lying Democrats. Rep. Alexandria Ocasio-Cortez (D-NY) is viewed negatively by a plurality of Americans, and it should be no surprise given that the clueless freshman representative espouses arrogant and condescending far-left socialist views in the most successful capitalist nation in the world.

A March 28 Quinnipiac poll finds that only one in four Americans (23 percent) have a favorable view of AOC, while 36 percent have an unfavorable view, leading to a negative 13 percent overall rating.

According to Tim Malloy, assistant director of Quinnipiac University Poll:

“All is definitely not A-OK for AOC. Most voters either don’t like the firebrand freshman Congresswoman or don’t know who she is.”

If Ocasio-Cortez thinks socialism is great, why doesn’t she move to Venezuela (hyperinflation), Cuba (dead economy), or Portugal (high unemployment) to see how much locals there love the pain of a hungry stomach? By moving out, she’d also do Americans a favor by removing toxic viewpoints from the national conversation.

At a Michigan rally on Thursday, President Donald Trump criticized the Green New Deal as an “extreme $100 trillion government takeover” of the US economy. At the same rally, son Donald Trump Jr. mocked AOC for not knowing the three branches of US government.

Reminds you of “Lock her up!” chants for Hillary “pathological liar” Clinton back in 2016. 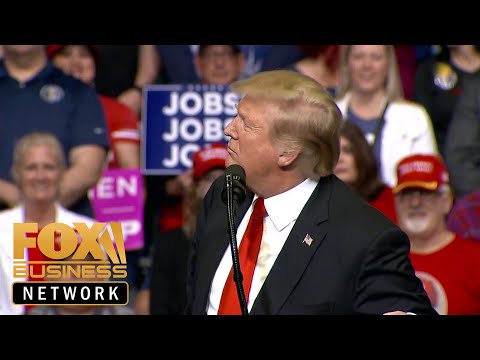 On Tuesday, the Democrats’ Green New Deal lost a Senate vote 0-57. Let that sink in because it shows that progressives have empty ideas to sell voters in 2020.

In a brazen display of hypocrisy, not a single Democrat voted in favor of the environmental program that supposedly combats climate change. Members of the donkey party instead voted “present” showing political cowardice and lack of conviction for a platform they claim to believe in.

The Senate’s 0-57 vote is a good thing because the Green New Deal would bankrupt a nation already struggling with $22 trillion in national debt ($67,000 for every man, woman, and child) and $70 trillion in unfunded entitlement liabilities.

Even former President Barack “Mr. Apology” Obama this week warned Democrats of the cost of this proposal, which is co-sponsored in the House by Alexandria Ocasio-Cortez.

“We [as Democrats] shouldn’t be afraid of big, bold ideas – but also need to think in the nitty-gritty about how those big, bold ideas will work and how you pay for them.”

The GOP’s climate delaying is costing us lives + destroying communities.

Iowa, Nebraska & many in the Midwest are catastrophically flooded right now, in one of the 1st major climate change disasters of 2019.

A #GreenNewDeal urges us to pursue a plan on the scale of the problem. https://t.co/dWXe44hxWX

Democrats have betrayed themselves and deceived their true intentions. The lack of a single vote in favor of Green New Deal shows that the $100 trillion program is merely a publicity stunt to collect votes from young people. But liberals don’t actually have any concrete or reasonable action-plan on climate change – they just want to get reelected, and therefore propagandize. 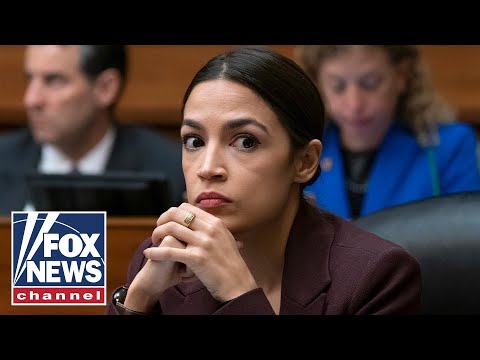 Alexandria Ocasio-Cortez is the new Hillary Clinton, but instead of being a pathological liar AOC is a clueless, delusional socialist who doesn’t understand business or how the real-world works. The 29-year-old former bartender thinks she’s superior to most Americans and proposes idiotic solutions for complex problems – conveying such ideas to voters who are smarter, wiser, more realistic, and more experienced than her.

“Think about the fact that every mainstream leading Democratic contender is taking the advice of a freshmen congresswoman who three weeks ago didn’t know the three branches of government. I don’t know about you guys, but that’s pretty scary.”