U.S. House Rep. Alexandria Ocasio-Cortez and other New York politicians just chased off 25,000 Amazon jobs that could have created salaries of at least $115,000 jobs each. Unfazed and stunningly arrogant, these politicians are taking a victory lap following their dubious success. 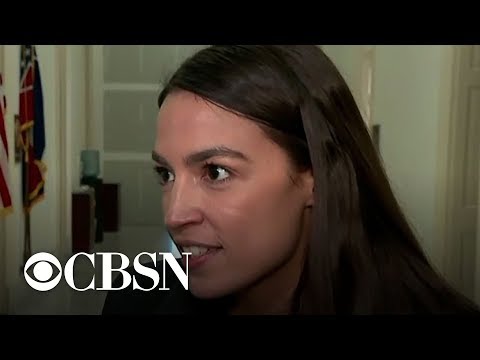 CCN.com reported earlier today that Amazon had scrapped the spacious campus it had planned to build in Long Island City, Queens, which would have created roughly 25,000 well-paying jobs. The residual job creation was estimated to be an additional 67,000 jobs.

The cheers that followed Amazon’s decision to pull out of New York are misguided and troublesome. Too many politicians seem tone-deaf to traditional ideals, like job creation, in their relentless effort to denigrate anything related to big money.

Following Amazon’s announcement, some of the loudest cheers came from Alexandria Ocasio-Cortez. The freshman member of the U.S. House of Representatives had previously described the e-commerce giant’s HQ2 plans as “creeping overreach.”

Thursday, she proclaimed victory and showed once again she doesn’t see the destruction her misguided ideas can cause.

If that wasn’t enough, she followed up with comments that indicate it’s about her, not her constituents.

A reporter caught up with Ocasio-Cortez Tuesday, and she seemed oblivious to the fact that her district is out thousands of jobs and billions of dollars. Even more aggravating is her suggestion that she possesses a concrete, viable plan that would be better than Amazon’s firm plans.

She stammered to the reporter:

Amazon Stops Just Short of Calling Out Ocasio-Cortez by Name

In explaining why it couldn’t move forward with building in New York, Amazon strikingly said it was due to the politicians.

In its statement about the cancellation, Amazon said:

“While polls show that 70% of New Yorkers support our plans and investment, a number of state and local politicians have made it clear that they oppose our presence and will not work with us to build the type of relationships that are required to go forward with the project we and many others envisioned in Long Island City.”

On the opposite end of the spectrum, New York City Mayor Bill de Blasio attacked Amazon for abandoning its HQ2 plans.

“You have to be tough to make it in New York. We gave Amazon the opportunity to be a good neighbor and do business in the greatest city in the world. Instead of working with the community, Amazon threw away that opportunity.”

Once again, Ocasio-Cortez falls a little short in basic math here. Even CNBC’s Andrew Ross Sorkin took her to task. He pointed out that this would have been a subsidy only if the state got nothing back for giving it.

Sorkin expressed his disagreement in terms of the huge missed opportunity.

“It’s one thing to win the war on Twitter, it’s another when it happens in real life, and it happens to real people with real jobs and real families. I don’t get that upset about a lot of things. “[This] wins a great Twitter war. It looks great on Twitter, but in real life, it’s a very different story.”

New York to Miss out on $27 Billion from Amazon HQ2 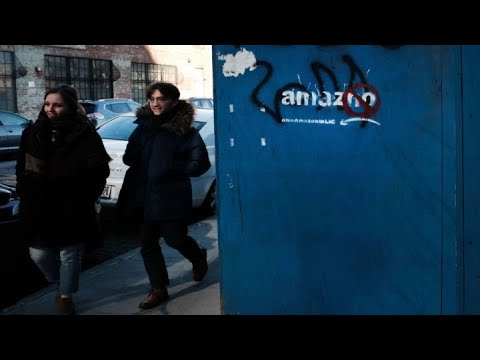 The politicians seem to be missing some good old-fashioned economics logic. Sorkin broke it down like this. The $3 billion in subsidies will provide a massive return on investment in the form of economic spending and growth.

That slight from the De Blasio was even more unsettling because the mayor had ostensibly negotiated the deal in good faith.

“Then it seems he hit them on the way out the door today.”

These reactions are silly, childish and not productive. Beyond the loss of Amazon and its associated $27 billion in economic growth, they signal to other major companies that perhaps states like progressive-leaning New York aren’t as friendly to businesses as officials seem to hoodwink people into believing.

Lots Of Cheering Now Turning Into Lots of Crying For Others

As the politicians bask in the glory of running off a major corporation that could have provided jobs for their constituents, they seem to be ignoring others who will be negatively affected.

A lot of moves had started to be made after Amazon announced plans that it would build in Long Island City. For example, over the course of the 14 weeks since the announcement, contracts to buy homes, mostly condos, jumped a mind-boggling 181% compared to the same period a year ago, according to CNBC. Now you have to wonder if those people who signed those contracts will try to pull out.

Other Finalists Put Up ‘We Still Want You’ Signs

Long Island City won out over 19 other cities that Amazon chose as finalists that wanted the company to build their headquarters in their locales.

Statement from Arlington County Board Chair Christian Dorsey on Amazon: "After speaking with an Amazon representative earlier today, we have confirmed that we are moving forward as planned with Amazon’s upcoming headquarters in Arlington – nothing has changed." (1/3)

Summing up the fallout for New York City, Council Minority Whip Joe Borelli said it nearly perfectly, in an interview with Fox Business:

“Amazon was facing local politicians who weren’t going to negotiate in good faith for the real challenges that would befall anybody developing a large area of the city.”