Airlines could be serious trouble over the next four years. That’s according to Stewart Wingate, the CEO of Gatwick, London’s second-largest airport.

For passenger levels to return to 2019 levels, Wingate says it may take three to four years:

We think it will take three to four years for Gatwick to come back to 2019 passenger volume levels.

Passengers Unlikely to Come Back Until 2024: Here’s What It Means For Airlines

Based on research from Florida Panhandle, the breakeven passenger occupancy of leading U.S. airlines are:

If it takes an additional four years for occupancy to return to 2019 levels, airlines will continue to operate at a loss.

Airline stocks seemed to be recovering until the sharp selloff on June 8 occurred.

Investors are starting to realize the shaky fundamentals of airline stocks. JPMorgan downgraded United and JetBlue shortly after the market-wide correction.

JPMorgan warned the rally of airline stocks could not last for much longer, citing lower projected revenues in the second half of 2020.

For airline companies, continued losses over the next several years can cause significant financial problems.

Delta Air Lines, for instance, is considered to have a healthier balance sheet over other airline companies. But even for Delta, the pandemic has forced the firm to take on more debt.

At a time when top airlines and even airports are struggling to cope with daily operations, the future of airline stocks remains gloomy.

The declining activity of airlines also means that airports are losing a massive stream of income.

According to Wingate,  British Airways told Gatwick it intends to return to the airport in three to four years:

So in three or four years, they are telling us, they certainly intend to come back to Gatwick.

In other words, the entire industry is expected to remain at a standstill for at least a year.

Johan Lundgren, the CEO of easyJet, along with other industry executives, have continued to appeal for bigger government support. Lundgren went as far as to say that the quarantine is not efficient and should be changed:

This quarantine approach is not efficient from a public health point of view and it should be replaced. 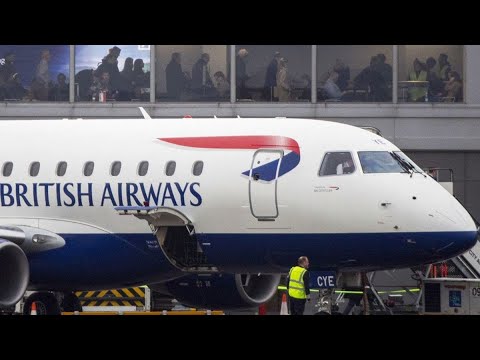 Both airports and airlines are saying they believe the worst is yet to come.

Concerns about a second wave of the pandemic in the U.S. and China could further decrease the appetite of travelers, placing more pressure on airline stocks heading into Q4.