2 Ways (So Far) Joe Biden Lost the Election This Week

Joe Biden has done it again. The pick of Kamala Harris as VP does little to attract independent voters, securing Trump’s re-election.

California Senator Kamala Harris has been tapped for the role of Vice President should Joe Biden eke out an election victory. That’s just the second way the Biden campaign has handed President Trump a win come November.

Video: Kamala Harris gets the nod for VP pick 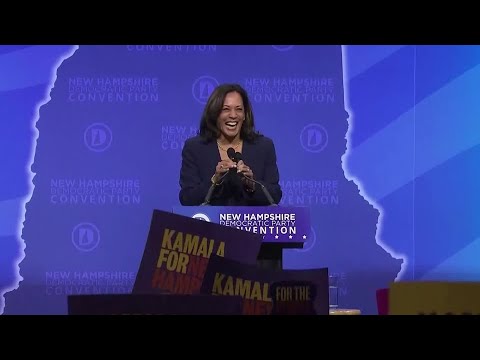 Harris Adds More Baggage than Benefits to the Ticket


The 77-year-old Biden, three years senior to incumbent President Trump, already stated earlier in the year that his VP pick would not only be a woman but a woman of color.

That limited his choices considerably (no matter what Massachusetts senator Elizabeth Warren chooses to identify as this week), to the point where Harris was long considered a top pick. The fact that the two duked it out during the primaries? Forgotten.

That’s the problem with choosing based on skin color and gender. When looking at Harris’ track record as Attorney General of California, a troubling pattern emerges. Given the Democratic Party’s slide to the left on criminal justice this year to “abolishing the police,” Harris’ past raises heavy scrutiny.

That includes her pattern of failing to embrace criminal justice reforms while Attorney General, as well as her turning of a blind eye to exculpatory evidence.

…Ms. Harris fought tooth and nail to uphold wrongful convictions that had been secured through official misconduct that included evidence tampering, false testimony and the suppression of crucial information by prosecutors.

That’s not the kind of pattern that will attract Democratic voters. Independents and crossover Republicans likewise see justice in overturning wrongful convictions. This pattern alone could alienate voters across the spectrum.

Biden Faces Uphill Battle With Voters on Key Issues of Not Dying, Dementia

What’s worse, this comes as Biden, trying not to look too soft on crime, has bragged about a now-controversial 1994 crime bill, which disproportionately impacted African Americans.

That’s hardly the kind of thing that brings balance to a ticket. With more than half of likely voters seeing Biden unlikely to finish the first term, Harris will get more scrutiny than a typical VP selection. That’s higher than the 38% of voters who think Biden suffers from dementia.

Trump Starting to Get the Hang of Politics

At the same time, President Trump has stood strongly for law-and-order, the kind of campaign that helped Richard Nixon secure a 49-state landslide in 1972.

Over the weekend, Trump borrowed a page from the Obama administration and used executive orders to ensure economic stimulus continues while Congress bickers.

His approach to extending eviction moratoriums keeps the images of evictions off television screens before election day. His extension of extra unemployment benefits with an extra $400 per week splits the difference between the prior $600 and the GOP’s plan of $200.

Even worse, if the Democrats want to fight those executive orders, Trump can now claim the moral high ground that they’re putting politics over putting money into people’s pockets right now.

Both events create a lot of avenues for the Trump campaign to positively champion the economy and paint the Biden-Harris ticket in a negative light, especially given their contentious time together in the primaries.

We’ve seen this game before, and we know how it ends. Even in the betting markets, things are a lot closer. If you’re bored with the stock market, which may be pricing in the president’s re-election, Trump is paying out nearly 3-to-1 right now.

At least now, Biden will be able to blame his inevitable loss on his choice of running mate.

September 26, 2020 4 Comments
← PreviousThe Forgotten Scandal That Could Cost Trump the Election
Next →Will Kanye West Pull the Mask Off Trump’s Son-in-Law?