The Dow and broader U.S. stock market were in rally mode on Wednesday, extending a swift rebound on hopes that the worst of the coronavirus crisis had passed. But Barclays says there’s more pain ahead for stocks as the U.S. economy enters a painful recession followed by a slower recovery. 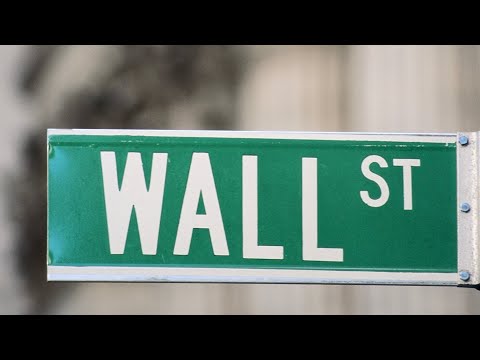 The bank on Wednesday slashed its year-end target for the S&P 500 to 2,500 from 3,000 previously. As CNBC reported, Barclays is the most bearish of all Wall Street banks.

Equities have rallied significantly off their lows in late March as the growth rate of new infections continues to decline but estimates of economic damage are now worse than the 2008 [Global Financial Crisis].

The large-cap S&P 500 Index bottomed at 2,191.86 in February, its lowest in three years, but has since recouped a large chunk of its bear-market lows. If Barclays’ forecast is anything to go by, the index will fall another 8% from Wednesday’s closing price.

At the crux of Barclays’ bearish call is the expectation that the U.S. economy will be slow to recover from the coronavirus crisis.

Rather than expecting a quick ‘V-shaped’ recovery, the bank is calling for a ‘U-shaped’ or  ‘L-shaped’ path. The latter is characterized by a steep recession followed by a slow recovery that could take years to play out.

Many analysts see recession as a foregone conclusion as coronavirus sinks U.S. GDP anywhere between 8% to 24% in the second quarter alone.

Although the economic impact of the novel pandemic is still playing out, it has already caused a record surge in unemployment claims, a sharp drop in consumer confidence and a decline in manufacturing output. At its worst, coronavirus will drive 30% unemployment in the United States, according to the Federal Reserve Bank of St. Louis.

To be clear, Barclays’ analyst says a U-shaped recovery is more likely. The more dreaded L-shape has a 10% chance of materializing, according to Deshpande.

CNBC’s Jim Cramer is also calling for a more gradual recovery but appears to have ruled out the chance of a more prolonged recession. (Then again, Cramer’s the guy who urged President Trump to “print the darn money” on national television in response to the COVID-19 outbreak. His opinion needs to be taken with a grain of salt.)

As the economic fallout from coronavirus continues to mount, Washington’s top virologist says the worst of the outbreak may be about to pass.

Dr. Anthony Fauci, director of the National Institute of Allergy and Infectious Diseases, recently told Fox News that while “it’s going to be a bad week for deaths,” the United States should see the “beginning of a turnaround.”

His views are largely consistent with the virus’ death rate, which is doubling at a slower pace than before.

As CCN.com reported earlier this week, the doubling time for COVID-19 deaths is slowing in at least ten states, including hardest hit areas like New York, New Jersey and Michigan.

Despite cautious optimism, Fauci urged that existing lockdowns and social distancing measures need to be maintained. As of Wednesday, the United States had more than 403,000 confirmed infections.

Even if the infection rate were to die down completely, there’s no telling when normal economic activity will return. The outbreak is expected to leave a lasting mark on consumer-focused industries like retail, tourism, restaurants and events. Supply chains will also have to be re-worked, possibly re-shaping America’s future significantly.