The news that Xbox now owns Bethesda is sending a lot of people reeling.

It’s a reminder that Microsoft has a lot of power due to their insanely high net worth.

Now that Xbox has shown a willingness to spend big for developers and publishers, who could be next on Microsoft’s wishlist?

Sega might not be the games industry powerhouse they once were, but the company still owns many popular franchises.

Games like the Yakuza series have only just started appearing on Xbox consoles over the past few years, but it would be one hell of a jump to see Nintendo’s oldest rival owned by Microsoft.

They might be able to inject some fresh blood into Sonic Team. If there’s one franchise that needs the help, it’s that little blue ball of memes and bad decisions.

Since the Xbox/Bethesda deal become public, there have been calls on Twitter for Sony to get involved and buy Konami since Konami is more interested in Pachinko than their numerous classic gaming franchises these days.

While console war fans might want Sony to snap up the owners of Metal Gear Solid and Silent Hill, in many ways, it’d be better if Xbox could do it first. Microsoft has the capital to afford to purchase a company of Konami’s size, and they’d also probably bring some of the classic games to PC in a way that isn’t asinine.

Not so long ago, WB Games was potentially up for sale, and many companies were sniffing around. Then the owners decided that the gaming division was too profitable.

Xbox could be the company that changes their minds with a fat wad of cash. They have the money to do it, and it would give them access to franchises like the Lego games and the Batman Arkham series.

This one would be bigger than the Bethesda deal by quite a large margin. Take-Two Interactive owns some of the biggest IPs in the world, like Grand Theft Auto and the Cid Miere’s series.

If Xbox could drum up the cash to convince Take-Two’s current owner to part with the company, they’d have a massive advantage over Sony. It would also give them the sizeable income derived from GTA Online.

You can see just how beneficial Take-Two would be for Xbox in the video below. 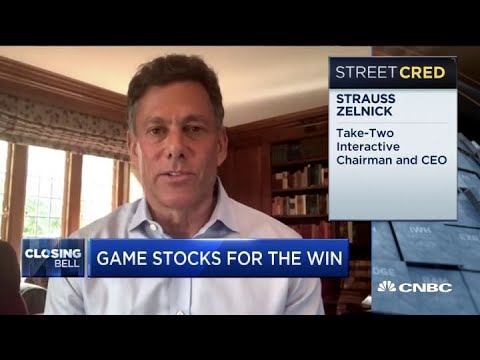 Ubisoft has many problems right now, and honestly, in its current state, they can’t be fixed.

If Xbox snapped up the company now, they might have the incentive and ability to make sweeping changes. Microsoft would be in a better position to completely remove the management team that allowed these things to go on unchecked and replace them with a better team.

Xbox’s influence might also stop Ubisoft from churning out the same game with a different skin all the time.