Ubisoft has some serious work to do, and it starts with Yves Guillemot. | Source: Chris Pizzello/Invision/AP

CEO of Ubisoft, Yves Guillemot, was recently featured in a video posted to the company’s official Twitter account.

The video in question is an apology for the frankly terrible things that have been uncovered about the goings-on at the company over the past few months.

The major problem is that this barely adequate apology will not be featured in the upcoming Ubisoft Forward event for transparently flimsy reasons.

Yves Guillemot, it’s time for you to resign and take your son away with you.

Guillemot is Either Complicit or Incompetent

Guillemot has tried to defend the company, claiming that Ubisoft did not know about these events until they were publically uncovered. This quote is taken directly from Guillemot’s ‘apology’ video.

This summer, we learned that certain Ubisoft employees did not uphold our company’s values.

The problem is that we already know it’s not true.

As pointed out by Bloomberg games journalist Jason Schreier, three dozen employees were interviewed, and these interviews have shown that Ubisoft knew about these problems and, in most cases, did nothing.

It almost looks like Yves Guillemot has been lying to try and downplay the situation and protect his company’s image.

It seems like this level of this apparent incompetence must be genetic, as Guillemot’s son Charlie also finds himself in hot water. Recently, a game he was studio lead for came under fire for basically being anti-Black Lives Matter propaganda.

The best answer the company could come up with is that “this sort of oversight shouldn’t have happened.” No, Ubisoft, it shouldn’t, so why is the man in charge of the studio that let it happen still employed there?

You can see a detailed breakdown of the situation in the video below. 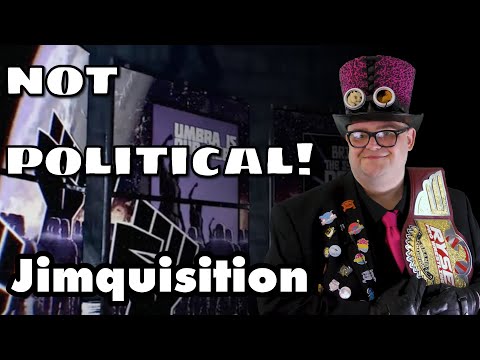 This Ubisoft Situation Won’t Be Over Until Justice is Done

Ubisoft is one of gaming’s most successful companies. We now know that it got there while allowing abuse and harassment to run rampant, and now they’re trying and sweep it under the rug.

Frankly, it’s just not good enough. There is no conceivable universe were Yves Guillemot giving unsatisfying answers and pretending he didn’t know will be good enough to count as justice.

For everyone who was ever a victim of the ‘frat’ culture, or felt marginalized, harassed, and abused by the management and other staff members, nothing less than the resignation of everyone who let it happen will be good enough.

That list starts with Yves Guillemot and his son Charlie. Ubisoft won’t be worthy of trust again until they’re both gone.