Ubisoft is set to host another edition of its pandemic-retooled Ubisoft Forward showcase on Sept. 9. Much like July’s event, the focus will be on the publisher’s current and upcoming slate of titles. 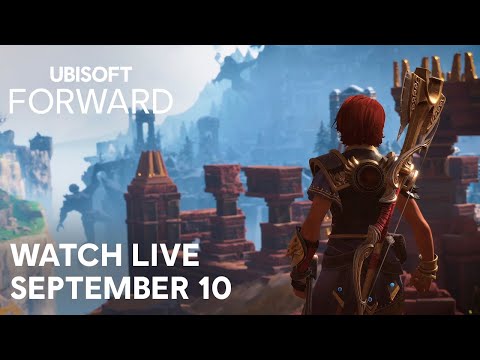 Ubisoft Must Address The Scandal

Yet, tempering the excitement is an entirely more serious concern – the glut of sexual misconduct, harassment, and abuse allegations against the publisher that continue to emerge and, more specifically, whether Ubisoft will address the scandal is any meaningful fashion.

As the scandal came to a head in early July just in time for that month’s Ubisoft Forward, the publisher said that it would not address the allegations or the measures taken internally during the broadcast. A statement posted on Twitter read:

“Ubisoft Forward comes during a time of big internal change. Because all the content has been pre-recorded, we wanted to recognize that the issues we’re currently dealing with won’t be addressed directly in the show. We still have significant work to do and are committed to this process. We will provide more updates soon.”

Although at a push, the justification may have a modicum of merit given the current climate, it was met with criticism from the gaming community. Many rightly pointed out that other publishers successfully incorporated last-minute gestures into their alternative E3 showcases addressing the Black Lives Matter protests. This time around, there is no such excuse; Ubisoft needs to address the scandal.

While statements posted on the official Ubisoft are all well and good, and are indeed echoed and critically analyzed by the gaming press, the reality is that large swathes of the gaming community remain mostly ignorant of the scandal. Not every gamer stays abreast of the latest developments and rabidly consume news. Notably, the stories that veer away from the games themselves and touch on the human aspects of game development.

By addressing the allegations – and hopefully sharing progress made to root out the toxic culture – at a high-profile event watched by hundreds of thousands, Ubisoft will equip fans with the knowledge required to make an informed decision about whether they want to continue supporting the publisher by buying and playing its games.

As is all too often the case, time and the blistering cadence at which the gaming industry darts ever forward mean the scandal is at risk of being buried by the sands of time.

Should Ubisoft opt not to address it, banking on people’s forgetfulness and effectively brushing it under the carpet by bombarding us with glitzy gameplay footage and trailers, it would reek of a maleficence that’s difficult to stomach. Sadly, one would align with many of the harrowing stories that have emerged in recent months and would be bleakly on-brand.

The path to some semblance of redemption and vindicating victims in a manner that duly recognizes the harassment and abuse they’ve been subject to won’t be simple. In next’s week Forward showcase, Ubisoft has a golden opportunity to chart a course in the right direction.