We’re all aware of the ills of social media. It’s addictive, it’s terrible for our mental health, and it’s enabling the spread of misinformation on a massive scale. Yet despite our knowledge of such evils, Facebook boasts around 1.6 billion daily active users.

Wikipedia founder Jimmy Wales wants to change this. Having launched the ad-free WT.Social network this month, he’s already celebrating having reached 200,000 users. Given that the social network is barely a week old, this is a very encouraging sign.

However, WT.Social is doomed to fall far short of supplanting its ad-driven rivals, and this is precisely because we prefer our social media to be bad for us.

How WT.Social Aims to Stamp Out Fake News & Clickbait

WT.Social’s platform isn’t all that radical. Users share links to online articles, but they can also edit misleading headlines and flag suspicious posts. Wales hopes that this, combined with upvoting, will prevent the site from being overrun by fake news and clickbait.

More unusual is that WT.Social’s business model revolves around paid subscriptions: $13 per month or $100 per year. Because it’s not funded by ads, clickbait should be much less common on the platform.

Or so Wales claims:

The business model of social media companies, of pure advertising, is problematic. It turns out the huge winner is low-quality content.

We Love the Seedy Side of Social Media

This is all well and good, but there’s a reason why networks such as Facebook and Twitter are so popular.

Not only have they been designed to be as addictive as possible, but users secretly enjoy the ability to spread misinformation and then retreat into an ideological filter-bubble. We want to force our worldview on others, and there’s a reason we can’t resist clickbait.

In other words, we don’t mind fake news, as long as it confirms our own biases. And in certain cases, people with more political knowledge are more likely to believe fake news. This refutes the claim that conspiracy theories only run rampant among “low-information” social media users. 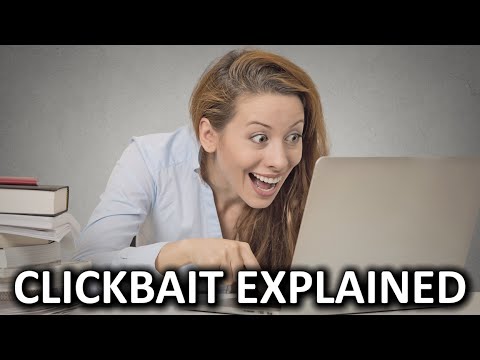 It’s the same story for clickbait, another type of “low-quality content” WT.Social aims to stamp out.

You might scoff at headlines that employ the “What Happened Next Will Make You X” formula, but clickbait articles attract the most engagement on social media. And you secretly know that you click on them too.

Unsurprisingly, publishers are responding to reader behavior by producing even more clickbait. A 2018 study of 1.67 million Facebook posts found that the prevalence of clickbait headlines spiked to 25.27% from 19.46% between 2014 and 2016.

As such figures suggest, clickbait is a core component of Facebook’s appeal. Along with fake news, these articles generate engagement – and grow the platform’s active user base. All this, despite Facebook’s self-congratulatory attempts to crack down on both.

Consequently, it’s highly likely that WT.Social will fail to ever attract enough users to make the platform sustainable, much less rival Facebook and Twitter.

By declaring war on fake news and clickbait, the Wikipedia creator’s new site is spurning the very things that help social media networks succeed. Remember: it wasn’t only Facebook’s ad model that caused the spread of fake news in 2016, but also the public’s genuine interest in those dubious stories.

To varying degrees, we’re all prone to spreading misinformation because it helps to promote our political views and allegiances. No party or ideology is immune to this. If WT.Social really deprives us of the ability to do this, we’re not likely to stick around for long.

Despite its good intentions, the best Jimmy Wales’ new project can hope for is to become a laudable – yet fringe – fixture on the outskirts of the digital universe. We can always hope that it puts moral pressure on Facebook to change its own policies, at the expense of profits. But I wouldn’t hold my breath.