The U.S. housing market sprung a positive surprise this month after the Department of Commerce revealed that housing starts for the month of August surged a whopping 12.3%, reaching the highest in 12 years. What’s more, building permits also shot up 7.7% in August to levels last seen in 2007.

#News: U.S. homebuilding surged to more than a 12-year high in August as both single- and multi-family housing construction accelerated @Reuters https://t.co/iPiQNSnW5Y …

This surge isn’t surprising as low interest rates gave the U.S. housing market a nice shot in the arm last month. But at the same time, contradicting data points indicating that a slowdown could be in the cards have also reared their ugly heads.

Mixed data point toward a slowdown in the U.S. housing market

While U.S. housing starts increased 6.6% on a year-over-year basis for the month of August, data from real estate brokerage firm Redfin reveals that home supply fell 5.7% over the same period.

That looks logical at first as home sales during the month were up 10.8% year over year, so there is bound to be a deficit in the number of homes available on the market. But then, it is surprising to see that the number of days that a house was on the market in the U.S. before it was sold inched up from 39 days in August 2018 to 41 days last month.

The chart above clearly shows that the number of days a house is spending on the market this year is higher than levels seen in 2018.

If consumers were taking advantage of low mortgage rates, then there should have been a decline in this metric considering that the availability of homes for sale in the U.S. is dwindling.

Redfin data suggest that the number of homes for sale increased in only 20 of the 85 markets tracked by the company. What’s more, new listings declined 3.7% in August as compared to the prior-year period. Redfin states that this was the largest year-over-year drop since it started keeping a record of this data in 2012.

Redfin’s data threw up another surprising metric. In August 2019, 28% of the houses that were listed for sale saw a price drop as compared to 27.4% in the year-ago period. All of this suggests that there is not much reason to be optimistic about a strong housing market because the data coming out of the U.S. can be considered to be mixed at best.

And if the number of homes available for sale does not go up in subsequent months, the lack of supply could push home prices up. If that happens, don’t be surprised to see potential buyers putting off their purchases thanks to the fears of a recession – a move that could send the U.S. housing market into a tailspin.

Weak business confidence signals a bigger downturn is in the cards

Warnings that the U.S. housing market could crash should not be ignored at this point. A survey of top U.S. CEOs indicates that waning business confidence could dent economic growth.

This quarter’s survey shows American businesses now have their foot poised above the brake, and they’re tapping the brake periodically.

According to the survey, over 40% of manufacturing CEOs say that capital investments have declined. Sales and hiring have also taken a hit. All of these factors could come back to bite the U.S. housing market.

The recent string of PMI data corroborate this view. Earlier this month, the Institute for Supply Management (ISM) reported that the U.S. manufacturing sector contracted in August for the first time in three years. 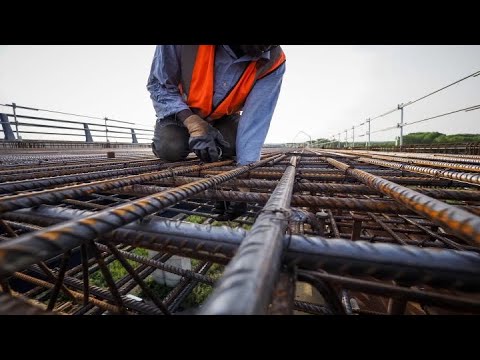 If investments and hiring slow down and home prices rise on account of weak supply, consumers won’t be willing to commit to a new house. In such a scenario, the U.S. housing market will take a turn for the worse as there will be no takers for homes and prices could crash.