The U.S. housing market is losing its wheels as consumers seem to be spooked by the possibility of a recession.

Economist Robert Shiller has already warned that the U.S. housing market might crash and home prices could start declining. And now, the monthly housing trends report for August 2019 from Realtor.com (a real estate listing website) suggests that a housing downtrend might be around the corner.

Nobel laureate Robert Shiller said he “wouldn’t be at all surprised” if U.S. house prices start to fall https://t.co/lenGO2DI1H

Realtor.com’s latest data reveals that the median listing price for a home in the U.S. was $309,000 in August, up 4.9% from the prior-year period. But the price declined 1.8% month over month.

The time a house spent on the market increased three days from last year and four days from July to a median of 62 days in August 2019.

The latest data from Realtor.com adds to the pall of gloom over the U.S. housing market and exposes us to more data points that indicate a crash might be on the way. 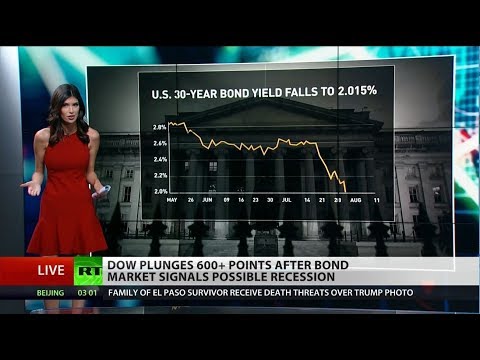 Real estate data firm CoreLogic’s Home Price Index (HPI) report for July said that home prices had increased 0.5% over the previous month. Realtor.com’s data, on the other hand, said that the median listing price fell 0.2% from June to July. So the data for August clearly indicates that the U.S. housing market’s slowdown has accelerated.

Potential buyers are spooked by the possibility of a recession

New @Conferenceboard data shows American consumers, two-thirds of the U.S. economy, are more optimistic about the current economy than they have been in 19 years. Yet more evidence that media skepticism about the economy is wrong. https://t.co/5Kx5wEkBUs

The U.S. government would want you to believe that the consumer is in high spirits and the housing market will get better. But at the same time, the probability of a recession seems to be taking hold of consumer confidence and weighing on the domestic housing market.

Shiller, who had correctly predicted the 2000 dot-com bubble, has already said that he won’t be surprised to see a recession next year.

Robert Shiller says he “wouldn’t be at all surprised” if a recession begins next year but he doesn’t have the sense of foreboding he had during the dotcom bubble in 2000.https://t.co/g6T62Wzh3n

If such negative sentiment continues prevailing, the U.S. housing market’s decline could accelerate and eventually lead to a crash despite the presence of other favorable factors such as low-interest rates and strong consumer confidence.