By CCN.com: Consumer Reports delivered a sharp rebuke to Tesla, saying its auto-pilot technology might not be as safe as the company claims.

With Tesla reporting earnings later today, and the stock nearly at a 52-week low, the last thing Elon Musk needed was more criticism. He got it in the form of a Consumer Reports statement inferring that Tesla’s auto-pilot technology is not safe.

“We’ve heard promises of self-driving vehicles being just around the corner from Tesla before. Claims about the company’s driving automation systems and safety are not backed up by the data, and it seems today’s presentations had more to do with investors than consumers’ safety.”

Although Tesla stock finished up $1.15 on Tuesday, it slipped 0.38% on Wednesday. Having the most respected name in consumer safety diss the auto-pilot technology has got to worry Tesla investors.

Consumer Reports did more than just criticize the car’s auto-pilot system. It openly suggested that it thinks Elon Musk is lying – or at least misleading consumers and TSLA shareholders. It referenced a recent investor event in which Tesla said its cars have “everything necessary for self-driving” and “all you need to do is improve the software.”

It also said Tesla was “treating the public like guinea pigs” and that:

“[T]he company should focus on making sure that proven crash avoidance technologies on Tesla vehicles, such as automatic emergency braking with pedestrian detection, are as effective as possible.”

Tesla has struggled with its auto-pilot technology. A driver was killed in 2016. Another crashed into a parked police car in 2018. There were two fatal crashes in Florida in March. Then there’s the car that burst into flames in a Shanghai parking lot. 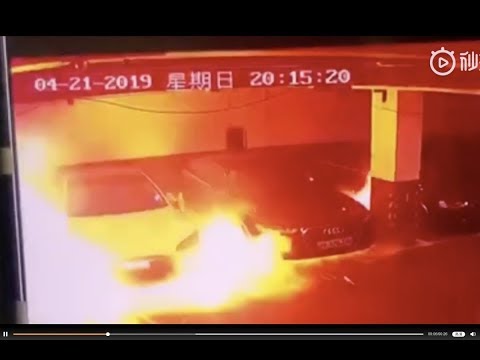 The NHTSA and NTSB have been investigating numerous crashes involving Tesla vehicles. There are two primary issues in play: the auto-pilot technology and batteries spontaneously combusting.

Other worrisome Tesla crashes include one in California in January 2018 while on auto-pilot and a Utah incident in May 2018.

None of this comes as a shock. Elon Musk is the master of self-promotion, having sold snake oil to the government and consumers for years. He talks and dreams big while failing to actually execute on his promises.

On Monday, in the same presentation referred to by Consumer Reports, Musk made the outlandish and spectacular claim that Tesla owners will soon be able to turn their vehicle into robo-taxis. So when owners don’t need the vehicle, they can be put to work as a robot-rideshare vehicle, in which Tesla takes a 25 to 30 percent cut of the fare.

With earnings on the horizon, one wonders when the racket will come to an end. Tesla lost $976 million in 2018, carries $3.68 billion in cash offset by $8.47 billion in long-term debt and $2.3 billion in current debt. The stock is some 40% off its all-time highs and does not appear to be headed for profitability anytime soon. Yet the market continues to reward it with a high valuation.

Meanwhile, Musk continues to grapple with the Securities and Exchange Commission. The agency is after him for contempt, and regulators claim Musk ignored their settlement agreement regarding certain types of communications to the public.

Welcome to the wacky world of Elon Musk. He’s the P.T. Barnum of the 21st century.