As reported by CNBC, the NHTSA is looking into the claims that Tesla should have notified the agency following the implementation of several software updates in response to possible defects associated with several battery fires.

“The petitioner alleges that the software updates were in response to a potential defect that could result in non-crash fires in the affected battery packs and that Tesla should have notified NHTSA of the existence of this potential defect and conducted a safety recall. The petitioner also alleges that this software update reduces the driving range of the affected vehicles.”

The reported investigation follows Tesla’s disappointing delivery results, which led the stock to close with a 4% loss on October 3.

Mark Tepper, CEO at Strategic Wealth Partners, said that the core issue of Tesla goes deeper than the quarterly sales miss, stating that the firm has a history of overpromising and under-delivering.

“I don’t think it’s going to be worth betting on anytime in the near future. What you have here is you have a company that’s just quite frankly notorious for overpromising and under delivering, so there’s absolutely no reason to own the stock right now,” he said.

The negative sentiment around the performance of Tesla in Q3 and the investigation of NHTSA into a claim that 2,000 vehicles should be recalled could intensify the pressure on the stock in the short term.

Are there any positives? 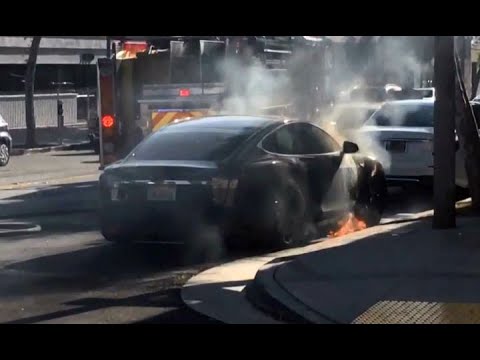 While most reports have been focused on the struggles of Tesla in recent quarters, the company has started to demonstrate progress in establishing a dominant brand in the European electric car market.

According to Rai Vereniging, the Tesla Model 3 topped the auto sales chart in the Netherlands in 2019, selling 13,587 models. The VW Polo and Ford Focus fell behind at 9,684 and 8,606 vehicles, respectively.

“On the positive side, mix was likely richer, volume was higher (i.e. better fixed cost absorption), and Tesla likely saw better manufacturing efficiency. Yet given the price reduction at the start of the third quarter, we see gross margin weakening,” said Levy.