Sony is all set to refresh its PlayStation console this year and the launch of the next-generation PlayStation 5 (PS5) is a hotly anticipated one. But the price of the PS5 console is a disaster in waiting as there are several indicators that it could be priced at an exorbitant premium compared to the PS4. 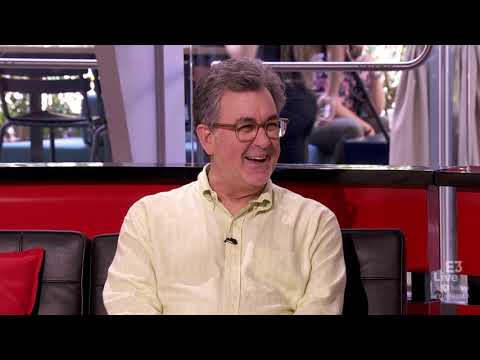 Gaming analyst Michael Pachter of Wedbush Securities had painted a wild price tag of $800 on Sony’ PS4. While many (including me) frowned on Pachter’s prediction, he might not be entirely wrong considering the way things are shaping up for the PS5.

The PlayStation 5 is turning out to be an expensive production

A Bloomberg report points out that the manufacturing cost of the PS5 is around $450 apiece. This high bill of materials has put Sony in a fix as far as setting the price of the PlayStation 5 is concerned.

That’s because the previous generation PlayStation 4 console reportedly cost $381 to make, according to IHS Markit’s estimates. The PS4 was eventually launched at a price of $399 for the base version, which means that Sony hardly made any money out of the console. It relied on titles and content to drive revenue and margins.

Assessing the recent reports of pricing challenges for PlayStation 5. Could we be looking at a $500 console or does Sony have room to manoeuvre? https://t.co/CLfvWTM3Dx

If Sony follows a similar pricing pattern for the PS5, the new console could be priced somewhere between $470 and $500 assuming last year’s gross margin levels. It remains to be seen if gamers will be willing to pay up that much money for the PS5.

History tells us that Sony’s consoles fail to fly off the shelves if they are priced at a premium. The Japanese giant had admitted that pricing of the PlayStation 3 was a big mistake, and it had to resort to price cuts to make the console a success.

In stark contrast, a peak $399 tag on the hugely-successful PS4 helped the PlayStation become Sony’s most profitable division.

One shouldn’t forget that the components that would go into making the PlayStation 5 console are expected to get costly as the year progresses. That could force Sony to raise the price of the PS5 further instead of bringing it down because deep discounting this time could weigh heavily on the company’s bottom line.

The two most expensive components that went into making the PS4 console were the processor/graphics card combo and the dynamic random access memory (DRAM). These components together accounted for $188 of the $372 bill of materials of the PS4 – around half of the total cost.

The problem for Sony this year is that memory prices are on the rise thanks to limited supply and growing demand. NAND flash prices, for instance, are expected to rise as much as 40 percent in 2020. That would make solid-state drives (SSDs) that Sony is planning to use in the PS5 much more expensive than they are right now, leading to a potential increase in costs.

If sources at Asian memory #chipmakers are correct, SSD drives could become very expensive in 2020 due to rising #NAND flash contract prices, which are expected to increase by 40%. https://t.co/0P28meTZQt @apatrizio

Meanwhile, DRAM market revenue is also expected to jump 10 percent in 2020. The upswing in memory prices could also make graphics cards more expensive as they use DRAM. So, there is a lot of evidence that tells us that Sony will find it difficult to price the PS5 at affordable levels.

It won’t be surprising to see the PlayStation 5 crossing the $500 barrier and go even higher if the components keep getting costlier. If that’s indeed the case, Sony could find it difficult to move enough units of the PS5 thanks to the advent of cloud-based gaming at a much cheaper price point.

Also, gaming enthusiasts can build a decent gaming PC for around $600, and they also have the option to upgrade the same over time. So, Sony may have a hard time selling the PS5 at a juicy price as it has in the past and that could dent the console’s prospects.