The new Steam page offers insight into Grounded’s Early Access journey. It also details what players should expect from the final version while also showcasing some new art for the game.

With an eye on releasing Grounded “sometimes in 2021,” Obsidian is banking on Early Access and community feedback to “nimbly build a better game.” The Outer Worlds developer warned that the time frame was very much speculative and that unforeseen hurdles may push back the release.

For Early Access, players can expect to experience a fifth of the full story line. They’ll also have a chance to explore three garden-themed biomes, craft and build bases, sample both single and online co-op play, and encounter at least 10 insects. There’s also an disconcertingly named Arachnophobia mode.

When the game does ultimately shift to a full release, Grounded will include a complete story line, achievements, new insects, biomes, and crafting recipes, and other features.

Obsidian hasn’t shared when Early Access will start, but the existence of a Steam page suggests it will be sooner rather than later. In the meantime, you can wish list Grounded on Steam to catch all the latest news.

Survival With a Twist

For those accustomed to Obsidian’s output, Grounded comes a little out of left-field and abandons the narrative-driven RPG elements that made the studio’s name. The small team charged with bringing the game to life hopes to inject the tried and tested survival formula with a distinctly Obsidian flavor. 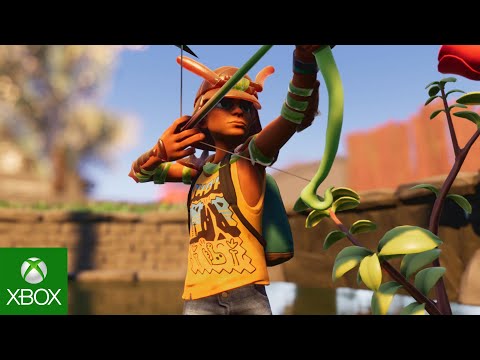 While staying alive amid towering blades of grass and giant insects remains central to the experience, Grounded will hone in on story elements that often take a back seat in the survival genre. In that respect, it resembles more the Subnauticas of this world than straight survival games like Rust.