It’s been said a lot lately that game streaming is the future of video games. So many companies are planting their flags in a console and PC-free future. Xbox has xCloud, Google has Stadia. Now Nvidia has gotten in on the action.

GeForce Now is Nvidia’s answer to live game streaming, and it’s an amazing product. So amazing in fact that it might even spell disaster for Google Stadia. Since Alphabet’s streaming service launched, it’s been met with nothing but criticism.

Now that there’s a decent, free option out there, things are only going to get worse for Stadia.

Geforce Now Blows Google Stadia Out of the Water

If you haven’t had a chance to try out GeForce Now, I encourage you to do it. All you need is some sort of device and controller. It’s completely free to sign up and use the service, with a paid option for longer gaming sessions.

You have to already own the games yourself of course, but there are at least a few free-to-play options offered as well. When you compare this to the cost of getting involved with Google Stadia, the difference is astounding.

Right now it costs just under $130 dollars to get Stadia. That doesn’t count any of the games you’ll need to buy from Google’s own service. For GeForce Now, you pay nothing and can play games you already own on Steam. Amazing. 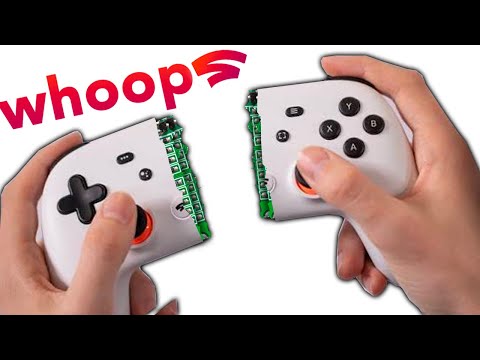 Stadia Isn’t Ahead of Its Time, It’s Just Rubbish

There has been a decent amount of argument from Stadia’s defenders. “It’s just ahead of its time,” they’ll say. “Stadia will be better soon. Just you wait for the free mode and try it yourself.”

How hollow that defense now sounds. We’re now going to be waiting months for Stadia’s free option. With GeForce Now just sitting there available to anyone, what is the point in going with Google’s option?

GeForce Now works, is free to everyone and supports games you already own. If you ask me, it’s a pretty easy choice.