A wealthy and well-connected executive at the helm of one of America’s most powerful corporations strikes up an extra-marital affair with a 19-year-old industry rookie. Leaning on his contacts, he opens doors for her that she could never have done otherwise. Soon, opportunities start to come her way, and she quickly builds up a reputation and a work portfolio. In the space of just a few months, she metamorphoses from a ground-level wannabe into a bonafide industry veteran with a bright future ahead of her.

In what environment did this happen? A Fortune 500 company where an executive gets his young girlfriend an internship she is not qualified for? A Wall Street company where the founder’s trust fund son is parachuted into position to succeed him whether or not he has the capacity? Wrong on both counts. This is the story of Warner Bros CEO Kevin Tsujihara who has just stepped down after it emerged that he was in a mutually beneficial relationship with 19-year-old British actress Charlotte Kirk.

Kevin Tsujihara Scandal Shows Harvey Weinstein Was Not an Aberration

There is a popular misconception that Hollywood is at heart an egalitarian environment. Generations of Americans have grown up with the idea that when you have a dream and some talent to go with it, you can go to Hollywood, do some waitressing, and eventually make your dreams come true by the sweat of your brow. The Harvey Weinstein scandal should have ended this fairytale once and for all, but unfortunately, the media insists on reporting it as one man’s depravity instead of an entire system of patronage and exploitation.

Hollywood is as tightly controlled as any boardroom in Manhattan. As any entertainer who ever broke into Hollywood can tell you, the hardest part of getting into the club is establishing the right relationships. In Charlotte Kirk’s case, a relationship with the right executive got her roles in “Ocean’s 8” and “How to Be Single.” Both were Warner Bros films under the direct purview of Tsujihara, but he, of course, insists that there is absolutely nothing to see here. Nothing at all.

It caused something of a stir when it came out that Weinstein effectively made female actors like Ashley Judd and Lena Headley choose between being sexually molested or having their careers torpedoed. What the unfolding scandal with Kevin Tsujihara should show is that Weinstein is not an outlier. Such behavior is very much the rule in Hollywood and not the exception.

Selfishness and Nepotism are Bi-Partisan 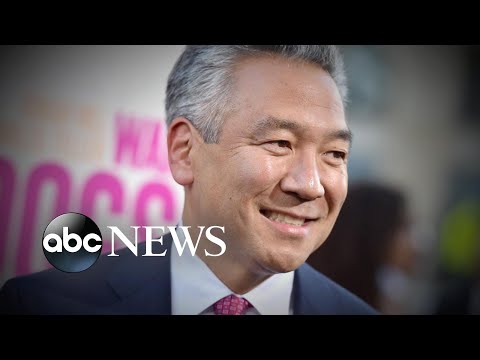 Hollywood is, of course, the spiritual home of America’s liberal arts. Unsurprisingly it is filled with people who self-identify as liberals and Democrats, which could explain why left-leaning media platforms are not exactly eager to investigate how deep the rot goes. It is easier to throw Harvey Weinstein under the bus than to acknowledge that he is only one of a network of generally liberal Hollywood power brokers that decide who gets to have a successful career or not based on who is sleeping with them – and who won’t.

A few days ago, many of America’s wealthiest inhabitants – including several in the Hollywood elite – were implicated in an astonishing college admissions scandal. In all of these cases, their actions were geared toward getting their undeserving kids into prestigious colleges at the expense of kids who actually worked for it.

As it turns out, the mere fact of identifying as liberal does not make one a good person. This is something more of the media should learn.