This Little-Known Indie Studio Just Stood Up to Epic Games

By CCN.com: When Epic Games tried to force the creator of DARQ, a promising indie horror title, to sign an exclusivity contract, the fledgling indie developer refused to back down.

Now, gamers are hailing that developer – Unfold Games – as a hero for having the courage to stand up to the Fortnite creator – even if it means missing out on a massive payday.

Following the monumental success of Fortnite, Epic Games launched its own digital game store to compete with Steam in late December.

At first, the Epic store looked like an industry disruptor, as it would only take a 12% cut of game sale revenue, as opposed to Steam’s 30%. That’s great, but it’s also where the good news ends.

Before long, Epic began using exclusivity contracts to poach games from the Steam store. Multi-million dollar titles like Metro Exodus and Borderlands 3, games many had already preordered on Steam, disappeared from Valve’s store only to appear on the Epic Games platform.

Epic: would you like to make Darq exclusive to EGS and not Steam.

Unfold: I'll have to refuse. But I wouldn't mind releasing the game on both stores.

Epic: Sorry, we have to be selective about what games we put on our store.

Epic tried doing the same with DARQ, but this time they weren’t dealing with a multi-million dollar game studio. It should have been an easy deal for them, as well as a breakthrough for Unfold Games.

Unfortunately for Epic, Unfold had already promised its fans DARQ would be releasing on Steam. And the underdog studio refused to back down – even when Epic Games said it wouldn’t agree to a multi-platform release.

That’s curious because Epic Games boss Tim Sweeney is all about multi-store positivity, as Unfold noted in this withering Medium post.

Of course, critics rightly note that Steam’s not perfect either. However, Unfold says that Epic’s scorched-earth fight over indie game rights is also devastating smaller stores like GOG.

“It was important to me to give players what they wanted: options. A lot of people requested that DARQ is made available on GOG. I was happy to work with GOG to bring the game to their platform. I wish the Epic Store would allow indie games to be sold there non-exclusively, as they do with larger, still unreleased games (Cyberpunk 2077), so players can enjoy what they want: a choice.”

Epic’s unfair tactics reveal that the gaming giant has clearly forgotten its roots.

Remember that Fornite, which has made as much as $300 million in monthly revenue, was once an unsuccessful game before it became a massive hit…

After Epic stole another game’s concept.

Maybe we should have seen this coming all along. 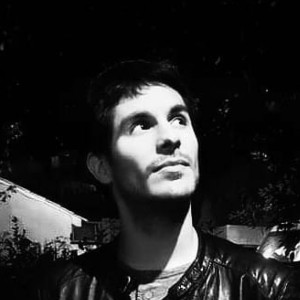 Former IT technician who graduated in Political Science. Reads a lot on economics, writes mostly about video games and film. Has written for two of the world's biggest entertainment websites and his work has been read over 20 million times. Definitely isn't Satoshi. PS5 Gets a Mid-November Launch Tease – Thanks to Fortnite