Horizon Zero Dawn releases on PC this summer, and this Steam port may be the start of Sony doubling down on the PC platform.

Horizon Zero Dawn will release on PC this summer. It’s one of many former PlayStation 4 (PS4) exclusives coming to the platform.

Many consider the title one of the PS4’s best, and it maintains a spectacular 89 rating on Metacritic. It’s undoubtedly going to sell well, and more PC ports are likely to follow.

Horizon Zero Dawn’s Steam release may be the start of Sony doubling down on the PC platform.

Sony’s PC Strategy Is About to Get Way More Ambitious

Horizon Zero Dawn joins Nioh and NieR: Automata as former PS4 exclusives that have made the jump to PC. And Death Stranding launches on PC this summer, so Sony is no stranger to ports.

But there’s one key difference: Those three titles are all third-party games produced by Sony.

Horizon Zero Dawn is a first-party title from Sony-owned Guerilla Games, and you can be sure Sony will ship more first-party exclusives to PC in the future.

They would be stupid not to.

Competitor Microsoft has already gone all-in on PC. Players can get the entire Halo franchise, Gears 5, Ori and the Will of the Wisps, and more with a simple monthly subscription.

Regardless of platform loyalty, Microsoft is locking people into their ecosystem before the next generation starts. People can play on both Xbox and PC. Sony needs to get in on that.

Sony Has Quietly Been Building Out Its PC Ecosystem

In an interview on PlayStation Blog, the Head of Worldwide Studios at Sony Interactive Entertainment, Hermen Hulst, said this about Horizon Zero Dawn’s PC release:

And to maybe put a few minds at ease, releasing one first-party AAA title to PC doesn’t necessarily mean that every game now will come to PC. In my mind, Horizon Zero Dawn was just a great fit in this particular instance. We don’t have plans for day and date [PC releases], and we remain 100% committed to dedicated hardware.

Note that he leaves the answer open for interpretation.

“I think it’s important that we stay open to new ideas of how to introduce more people to PlayStation, and show people maybe what they’ve been missing out on,” Hulst added.

And Sony has already been doing this.

PlayStation upgraded its PS Now streaming service, where PC gamers can play Bloodborne and other “exclusives.”

And they finally added cross-platform support for titles like Fortnite and Rocket League. They infamously refused to support cross-platform play for years before caving to consumer demand. 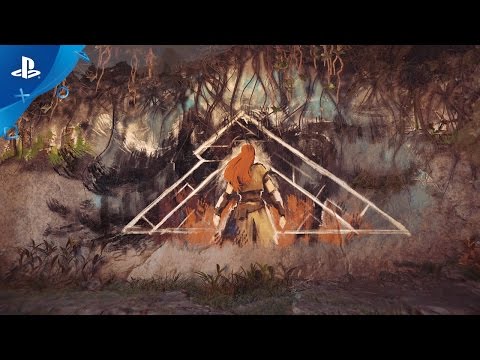 The PS4 may have won this console generation, but Microsoft is transforming what the playing field will look like when the PS5 and Xbox Series X arrive.

We know next to nothing about the PS5, but don’t be surprised if Sony’s console is far more competitor-friendly than you ever would have expected a few years ago.

Inclusivity and accessibility have come into vogue this generation. Gamer-friendly policies like cross-platform support and ports are taking center stage. If Sony doesn’t capitulate now, bad PR – and plunging market share – will force its hand down the line.

Sony knows this all too well. That’s why Horizon Zero Dawn’s PC release is simply a sign of what’s to come.