Alphabet Inc.’s Google is banning political advertising in Canada just in time to apply to the 2019 Federal elections.

The prohibition came in the wake of the Elections Modernization Act, passed by the Canadian Senate this December, which requires online advertising platforms to monitor and report all political and partisan ads. The penalties for not adhering to the said Bill C-76 could slap offenders with fines and possibly, imprisonment.

Ruby Sahota, the liberal politician in Canada, said the Election Modernization Act would limit third-party influence on the outcome of the upcoming Federal elections.

“No foreign actors would be allowed to participate financially in our elections and also for all those who are advertising on platforms such as Facebook or any other platforms, all would be made transparent,” Sahota said while adddressing the senate.

Nevertheless, achieving the kind of transparency the Canadian liberals seek could become a challenging task for online advertising companies. Colin McKay, Google Canada’s head of public policy and government relations, told TGAM that it was difficult for them to detect partisan ads, arguing that they may not feature the name of a political candidate or party.

McKay added that the task was a lot simpler for close-end platforms like Twitter and Facebook that have full control of their ad-systems. But in the case of Google, the company does not decide which ads get to feature. Instead, it uses an automated auction process, in which thousands of advertisers bid ahead of each other to win their ad-spots across millions of websites. To that end, making a registry of all political and partisan ads was an impossible task.

“We’ve come to the decision that the best way for Google to comply with the Elections Act in the 2019 election cycle is actually to stop accepting elections ads as defined in the legislation,” said McKay. “It is painful for us.”

Google’s decision to ban political ads in Canada is reminiscent of the tech giant’s actions in the Washington State.

In June last year, Google had announced that it would stop accepting ads that could influence the state’s “ballot measures and state and local elections.” Like in the case of Canada, the company’s move came after the Washington State Public Disclosure Commission (PDC) enforced a unique law on transparency in political advertising.

PDC demanded third-party advertising companies to make information about their political ads available for public inspection. The commission also made it mandatory for companies to provide “an approximate description of the geographic locations and audiences targeted” and the “total number of impressions generated by the advertisement or communication.”

Google, which was already facing a lawsuit alongside Facebook, for not complying with the landmark state transparency law of 1972, decided to stop political advertising in the state.

But nine months later, over in Spoken, Washington State’s second-largest city, Google was named once again for selling thousands of dollars worth of political ads.

The Stranger reported that people paid Google $6,500 for running ads that supported Proposition 1, a plan aimed at raising local property taxes to allocate additional funds for Spokane police and fire department. Out of 210,000 Spokane voters, about 40,000 voted in favor of Proposition 1, leading to its approval. 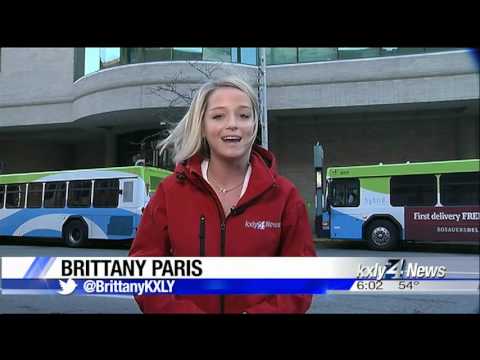 Brandon Bacon, a Spokane Firefighter, admitted that he managed the pro-Prop campaign on Google. He said that he did not know that the tech giant had banned political ads.

“We wanted to target our voters within the city and let them know why public safety is important to them,” Bacon told The Stranger. “And we wanted to reach out to them through any means we could.”

In response, Google spokesperson Alex Krasov asserted that their ban was still in place. She added that advertisers who were submitting political ads violated their policies, stating that when they find “violating ads,” they “remove them.”

Nevertheless, a politically-motivated campaign in Spokane managed to run on Google towards its successful conclusion.

The case study proves that Google did not do enough to enforce its ban. That certainly raises concerns about how a similar ban would fare during the Canadian elections. Only time will tell.