The Dow Jones rallied once again on hopes of progress in the trade war, as Wilbur Ross and Larry Kudlow both suggested that a deal was getting very close.

Given that the stock market has rallied over and over again on similar news, it remains to be seen how durable this rally in the Dow will be as economic data continues to trend lower.

Of the three major US stock market indices, the S&P 500 was the next best performer with a 0.57% rally, while the Nasdaq followed closely behind with a 0.53% advance.

Helping provide a boost to the Dow, a marked sell-off in the US dollar saw capital flowing into risk assets. The gold price was a victim of risk-on market conditions, losing 0.4%, while crude oil hit a 30-day high on the back of a 1.8% climb.

President Donald Trump is facing open impeachment hearings in Congress, prompting several tweetstorms in recent weeks. Sprinkled among these tweets are posts touting the stock market’s record run. This tactic is unsurprising given that economic prosperity remains the best indicator of Trump’s re-election in 2020.

US Economic Data Hint at Underlying Risks for Stock Market

While Dow bulls cheered the positive trade war dialogue from Larry Kudlow and Wilbur Ross on Friday, things don’t look quite so rosy underneath the hood of the US economy.

There has been hope that a phase one trade deal with China could lift some of the gloom and offer a better backdrop for the sector, but this is taking longer to sign than hoped. Moreover, if we don’t get substantial rollbacks on tariffs it is hard to see the sector receiving much of a lift given little sign of improvement in global demand while today’s US retail sales number offer further evidence of a moderation in domestic consumer demand growth.

Knightley concludes that this course of events will probably require the FOMC to start cutting rates sooner than many traders expect.

As such, we continue to see the risk of additional Federal Reserve policy easing that may well come more quickly than financial markets are pricing.

For the Dow Jones, such an outlook is mixed.

On the one hand, loosening policy can be a boost for equities, but the stock market cannot defy macro gravity forever.

In contrast to the government’s confidence, hedge fund billionaire Ray Dalio is deeply skeptical that the US and China can resolve their differences. He anticipates conflicts between Washington and Beijing on all available fronts, alongside a Dow destroying US-China capital war. 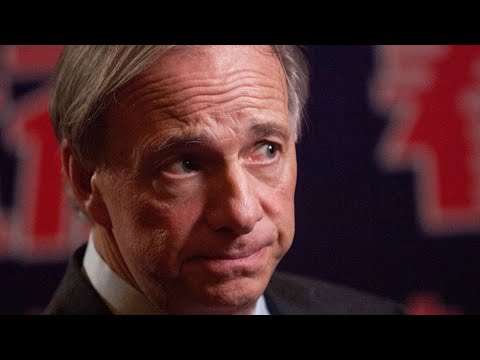 Capital controls on Chinese investments are not mere fiction. Bloomberg reported earlier in the year that such a tactic was being considered by the Trump administration.

The mere thought of this was enough to prompt a severe sell-off in the Dow, and it incited strong denials from government officials.

There was a bright risk-on tone in the Dow 30 on Friday, particularly in any stocks with significant exposure to China. Heavily weighted Caterpillar and Boeing were visible leaders, but Nike was the top China-dependent stock with a 2% rally.

Apple (AAPL) has navigated the trade war well and was 0.6% higher as hopes returned that Tim Cook might be able to avoid some costly tariffs this December.

The DJIA’s most impressive rally came from UnitedHealth Group, which erupted 6.27% higher.

Interestingly, Disney stock fell sharply. DIS continues to give back some of its Disney+ related rally from earlier in the week.