The Dow forged ahead on Friday, setting the 28,000 mark firmly in its sights as strong consumer data and upbeat trade war forecasts satiated bullish investor appetites.

The stock market benefited from a new batch of consumer data that demonstrates the US economy is continuing to defy recession portents.

US retail sales rose 0.3% in October, narrowly beating economist estimates and suggesting that consumer spending – the backbone of the economy – continues to weather the trade war without much difficulty.

Core retail sales rose 0.2%. That was slightly below the consensus forecast. However, it demonstrates that consumer spending is still moving in the right direction, even without the help of automobile sales, which can vary significantly from month to month.

Both retail sales metrics had unexpectedly contracted in September, setting off recession alarms. Some analysts had predicted that consumer spending had been artificially inflated in recent months, with Americans accelerating big-ticket purchases to avoid tariff-related price increases. According to that theory, September’s retail sales print was proof that the weakening economy had begun to hit consumer wallets.

However, subsequent data painted a less dire picture of the economy. Consumer spending rose 0.2% in September, despite the contraction in retail sales. Business investment has been slowing, but that does not appear to have reverberated down to wages and, ultimately, household spending habits.

At least not yet.

“We are coming down to the short strokes,” Kudlow said. “We are in communication with them every single day right now.”

On the other hand, that’s a refrain that investors have heard before. “The devil,” to borrow an idiom from Commerce Secretary Wilbur Ross, “is in the details,” and those details have led to sharp disagreements between Washington and Beijing. 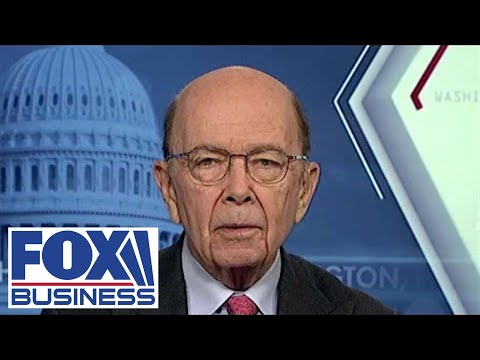 Most recently, the two countries have come to loggerheads over tariff reductions. China wants the phase one deal to include tariff rollbacks, while the Trump administration has said that those rollbacks shouldn’t even be considered until a trade deal is already in place.

Moreover, some Asian trade experts have warned that Trump may be pursuing unrealistic demands on agricultural purchases. According to the South China Morning Post, it’s “not really possible” for China to fulfill Trump’s request that they purchase $50 billion worth of soybeans and other US farm goods.

African swine fever has decimated China’s pig population, causing demand for staple crops like corn and soybeans to plunge. Compounding the problem, prices have fallen along with demand.

“With the African swine fever, there’s just not much demand for the stuff that the US has to offer in terms of corn or soybeans to feed pigs – because we just do not have any pigs. We’ve lost half of them!” said Darin Friedrichs, senior Asia commodity analyst at trading house INTL FCStone in Shanghai.

That may explain why Beijing has been reluctant to make a firm commitment on agricultural purchases, despite the fact that Trump has been saying for more than a month that China had already agreed to buy $50 billion worth of US farm goods.