A little over four weeks since being sworn into office, California Governor Gavin Newsom has already started making enemies in the tech sector – specifically with Silicon Valley powerhouses like Google and Facebook. 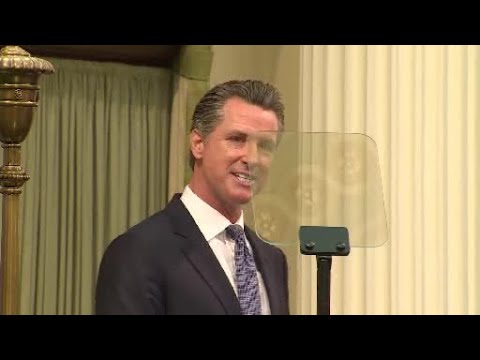 In his inaugural State of the State Address given on Tuesday, Governor Newsom revealed that a proposal was being developed with a view toward ensuring that internet users profit from the data obtained from them by online platforms, according to The Sacramento Bee:

“California’s consumers should also be able to share in the wealth that is created from their data. I’ve asked my team to develop a proposal for a new Data Dividend for Californians, because we recognize that your data has value and it belongs to you.”

Newsom did not provide any details on how the Data Dividend proposal would work. This includes such details as to how the users of the various platforms would get paid – as well as how the amount that each user would be paid would be determined.

While the Data Dividend plan might be resisted by tech giants, it would most certainly be welcomed by users. Assuming payments for one’s data were to be based on a percentage of each platform’s average revenue per user (ARPU), the payouts would vary considerably. Consequently, one of the most profitable platforms for users would be Twitter.

Earlier this week, CNBC reported that Twitter’s ARPU was $9.48. This was more than $2 larger compared to its nearest competitor Facebook whose ARPU was $7.37. Messaging pioneer Snap did an unimpressive $2.09. For the worst returns on data, however, users would have to look no further than Reddit. This is based on the most recent quarterly results.

While tech firms are yet to respond publicly to the Data Dividend proposal, it’s unlikely that they would support it. For one thing, most of the free online platforms have built their business models on monetizing data which they obtain freely. Asking them to pay for a resource they have been getting for free will most likely not come easy.

In the case of this particular privacy law, lobbying groups representing the likes of Google and Facebook have already begun efforts aimed at tinkering with the law which takes effect in 2020. The two tech giants made notable donations to the California Chamber of Commerce before the law was enacted. The California Chamber of Commerce was in a coalition that was against the privacy law, according to The Washington Post.

The Data Dividend proposal, however, has more at stake compared to the California Consumer Privacy Act. You can definitely expect stiffer resistance from the tech giants.