Gamers don’t usually cross the political divide but when they do it’s usually for some very personal reasons.

In this case, GrandMaster Hong Kong Hearthstone player Chung “blitzchung” Ng Wai’s decision to support his fellow countrymen has cost him his tournament winnings and a one year ban:

in response, Blizzard Taiwan has now deleted the VOD from their official Twitch channel https://t.co/l5lcMu4ULR

Blizzard Takes a Hardline Stance All Round

The ban has not only affected Wai but also two Taiwanese casters who were broadcasting the match at the time.

The casters clearly knew what was coming, however, and ducking under the desk did little to sway Blizzard’s wrath as Wai proceeded to get his message across.

“We will also immediately cease working with both casters.”

Protesters in Hong Kong are forbidden from wearing masks under a recently-enacted emergency law. Authorities have already taken the controversial step of arresting two mask-wearing protesters.

The controversial interview has since been removed from the English broadcast. 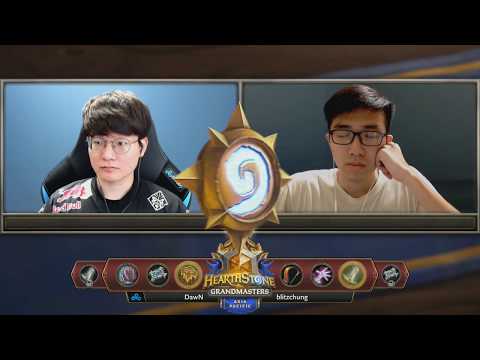 Community Up In Arms Over Censorship

Hearthstone gamers and fans alike are handing out some heated responses, to say the least.

This Reddit thread already has 800-plus comments and is rapidly growing. Commentators are lambasting Blizzard for their ‘catch-all rule’ which some claim allows them to censor players without question.

“Engaging in any act that, in Blizzard’s sole discretion, brings you into public disrepute, offends a portion or group of the public, or otherwise damages Blizzard image will result in removal from Grandmasters and reduction of the player’s prize total to $0 USD…”

The company has a huge pool of Chinese players and its parent company Activision Blizzard is partially owned by Chinese tech giant Tencent.

Blizzard now has a difficult tightrope to walk as it suffers calls of boycott from its Western players while simultaneously placating its Chinese audience.

It’s unclear how much money blitzchung has won in this tourney to date. One source, however, places his 2019 earnings at $4,500.

He would’ve needed an additional two wins to stand a chance of making it to the Asia-Pacific playoffs and finally a chance of sharing in the $500,000 prize pool when GrandMasters from around the world duke it out.