Democrats and Republicans in hyper-partisan Washington, D.C. are united in their mutual disdain for Facebook and its controversial chief executive Mark Zuckerberg.

“I don’t know about you, but I don’t want Mark Zuckerberg making decisions over my life.”

Sanders, Joe Biden, and Elizabeth Warren have all expressed varying degrees of interest in breaking up Facebook, a view backed by Facebook Co-Founder Chris Hughes and Saleforce.com Chief Executive Marc Benioff, among others. President Trump is no fan of Facebook and its rivals either, claiming that the social media sites unfairly target conservatives for their views.

Pete Buttigieg, the mayor of South Bend, Ind., sees things differently. He hasn’t called out any specific tech companies though he has raised concerns about the concentration of power in the hands of a few. As a result, the youngest candidate has become a favorite of donors from Silicon Valley, according to media reports.

Mark Zuckerberg and Buttigieg have known each other for years. The billionaire visited South Bend in April 2017 as part of his philanthropic work. He live-streamed the tour that Buttigieg gave him of his hometown.

The two also attended Harvard University at the same time. According to Bloomberg, Buttigieg was friends with two of Zuckerberg’s roommates though he didn’t meet the tech titan until a few years after he graduated. Buttigieg was one of the first 300 people to join Facebook.

Still No Endorsement From Zuckerberg

Despite his ties with Buttigieg, Zuckerberg hasn’t endorsed him or anyone else for president. Zuckerberg also hasn’t donated to any presidential candidates so far in the current election cycle. He did recommend to the Buttigieg Campaign two staffers with close ties to him and his wife, Priscilla Chan.

Eric Mayefsky and Nina Wornhoff asked Zuckerberg and Chan to approach Buttigieg Campaign Manager Mike Schmuhl on their behalf, Bloomberg News said. Both have long-standing ties to the Zuckerbergs. At the time, the Buttigieg Campaign was flooded with thousands of resumes.

Mayefsky worked for Facebook for four years before joining Quora, a question-and-answer site founded by former executives of the world’s largest social network. Wornhoff was a machine learning engineer for the couple’s non-profit, the Chan-Zuckerberg Initiative, the news service said.

Surging at the Polls

Mayefsky is currently the campaign’s senior digital analytics adviser while Wornhoff is its organizing data manager. It isn’t clear whether the Zuckerbergs may provide other assistance to the first openly gay presidential candidate. Several senior Facebook executives have given money to the campaign.

Both David Marcus, who heads Facebook’s cryptocurrency operations, and veteran Facebook executive Naomi Gieit have donated money to Buttigieg, according to Bloomberg. Former Facebook Chief Product Officer Chris Cox, a close friend of Zuckerberg, has also given money to the South Bend Mayor.

Buttigieg, by far the youngest and least experienced candidate, has proven to be surprisingly resilient. A Suffolk University/USA Today poll released Monday showed support for Buttigieg is surging in Iowa, whose first-in-the-nation caucus will be held Feb. 3, 2020. The poll showed that 13 percent of likely Democratic voters backed Buttigieg, trailing Biden’s 17 percent and Warren’s 17 percent. 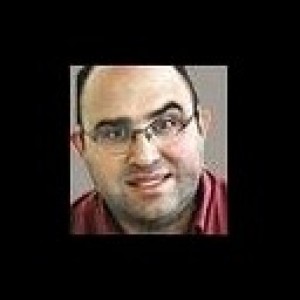 Jonathan Berr
Jonathan Berr is an award-winning freelance writer whose work has appeared in leading news sites including BBC News.com, Forbes, and CBS News.com. He lives in South Jersey near Philadelphia with his wife and son.
Subscribe
0 Comments
Inline Feedbacks
View all comments
← PreviousWarren Buffett Made Sexual Comments Like Ken Fisher’s for Decades
Next →Cristiano Ronaldo Pockets Nearly $1 Million Per Paid Instagram Post

Boosie Badazz Shouldn’t Get his IG Back – Not For a Million Dollars
September 8, 2020 No Comments

Trump’s Proud Boys Are Far-Right Extremists – and He Just Incited Them
September 30, 2020 4 Comments
Follow Us