Microsoft has revealed images of the dashboard set to grace its Xbox Series X console.

While a marked improvement to the current Xbox One version thanks to several welcome features, the dashboard will be very familiar to current Xbox players, almost to the point where we’re left wondering where the promised next-gen leap got to.

Microsoft unveiled the new dashboard, dubbed ‘The New Xbox Experience,’ in a trailer you can watch below. 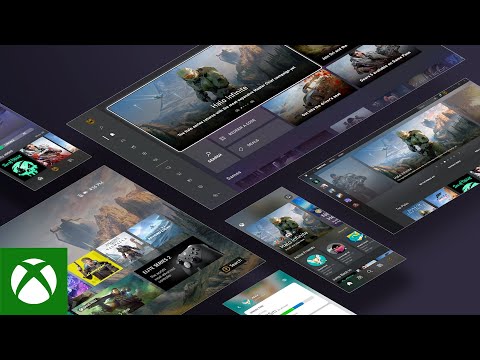 The gaming giant has the dashboard penciled in for release alongside the Xbox Series X this November. It will be available across the entire Xbox ecosystem, including the family of Xbox One consoles, Game Pass on PC, and mobile apps.

An accompanying Xbox Wire post pinpoints speed as a core focus of the revamped dashboard – the factor that truly matters, presumably at the cost of a full ground-up revamp.

Microsoft offered up some numbers to hammer home the point: the home screen will reportedly load more than 50% faster when booting up the console, and 30% faster when returning from a game.

The new dashboard is said to use 40% less memory than previously stated, and accessing the Microsoft Store will be a matter of two seconds.

Xbox Series X will set a new bar for speed when it launches this November, and we’re taking the same approach to accelerate experiences across Xbox. The Xbox Velocity Architecture and Quick Resume technology make games quicker to launch, and we knew we also wanted to make them faster to discover, talk about, and download – even while you’re away from your console. Your phone, PC, or console – all working together. Any time you have available to spend gaming is valuable, and we wanted to ensure it was time spent playing, not waiting.

Microsoft stressed the importance of a unified ecosystem where players can easily jump between devices and the importance of them working “as players expect in every situation.” A brand new Xbox mobile app will facilitate social experience through mobile integration.

For example, when you choose to share an update or game clip from your console, it will also automatically be sent to your Xbox mobile app, so you can share it on the social networks of your choice.

Another aspect is simplifying the design language to highlight the most visited destinations, namely Home, Guide, and Store, to make them easily accessible and welcoming. Microsoft says:

Text is more readable, elements on screen are easier to understand at a glance, and accomplishing your tasks is faster than ever. This includes tile shape, fonts, an updated illustration style, and more. The overall layout of most of the console pages remains familiar, just faster and more focused.

Despite the allure of PR-vetted statements, in reality, the difference isn’t all that noticeable from what Xbox players already encounter.

Seemingly intent on pre-empting concerns about similarities with the current dashboard, Microsoft says this is by design to ensure familiarity, “just faster and more focused.” Many of the changes come via the Xbox Insider program over the last year, with many “hidden in plain sight,” so some players have likely come across them.

Nevertheless, it’s fairly uninspiring stuff for what will greet players every time they load up their consoles for the next six to seven years.

Although the dashboard won’t launch in earnest until November, Microsoft says it will begin rolling out features in the coming weeks. Let’s hope they showcase more next-gen flair than what we’ve seen today.